5 players get vocal credit on two songs from the sequel. 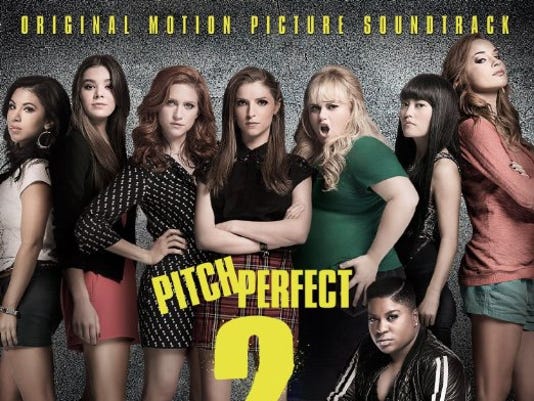 Five Green Bay Packers players get vocal credits for two of the 18 tracks on the “Pitch Perfect 2” soundtrack.(Photo: Contributed)

Here's something you don't see every day: The Green Bay Packers on the track listing for a soundtrack sure to make some noise on the charts.

The Packers get vocal credits for two of the 18 tracks on the "Pitch Perfect 2" soundtrack, which came out today. The movie opens with evening screenings Thursday at Marcus Theatres in Green Bay and Appleton.

The Packers are credited for "Jump" with Das Sound Machine (the German group that the returning stars, The Barden Bellas, are up against in the film), The Treblemakers and Tone Hangers. They're also listed for a riff-off sequence that includes "Bootylicious," "Baby Got Back" and "Shake Your Booty," with The Barden Bellas also credited for that track.

RELATED: Packers on cameos: 'It's fantastic'