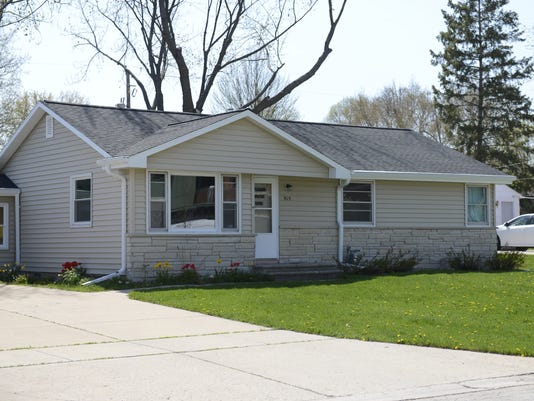 This house on Stadium Drive is one of a handful of approved short-term rental houses in Ashwaubenon.(Photo: Richard Ryman/USA TODAY NETWORK-Wisconsin)

The village board on Tuesday tabled an ordinance that would have created two specific districts near Lambeau Field for location of short-term rentals, that is, houses rented for fewer than 28 days. The majority of a standing-room-only turnout by residents opposed various parts of the proposed ordinance or the suggested districts.

In Ashwaubenon, short-term rentals, which until recently had been called transient residential facilities, are houses that are rented as dwellings for fewer than 28 days. Their most common use is for Packers games, but also would include Airbnb-type uses. They do not include party houses, which are used by their owners or don't include overnight stays.

An existing ordinance allows the village to issue conditional-use permits for short-term rentals anywhere in the village, although trustees generally are reluctant to allow them far from Lambeau Field. Short-term rentals are subject to hotel room taxes, and the new ordinance would have required health and building inspections as well.

A recent survey of the village found more than a dozen unapproved short-term rentals being advertised on websites. The increase in interest by homeowners to rent dwellings, or rooms in dwellings, like a bed and breakfast, is causing issues across the country.

"The big cities, like Chicago, that have more lawyers than Cub Scouts, are struggling with this. We need to get it right," said Trustee Ken Bukowski, who moved to delay the proposals for more work. Bukowski said he opposes spreading short-term rentals across the village.

Residents who spoke during a series of public hearings were generally opposed to short-term rentals, or specific districts, especially if they were near their properties.

Brad Schumacher, who lives on Blue Ridge Drive, said he wasn't happy about changes to the neighborhood, which is near the Green Bay Packers' Titletown District, but creating a short-term rental district might help him sell his house.

"At least if we do this, it gives us an option to get out," he said.

Trustee Mark Williams said it concerns him when residents talk about leaving their neighborhoods. Williams, who also is a school board member, said the village is losing families with school-age children.

"It is concerning to me when people say, 'We lost our neighborhoods and don't want to live there anymore,'" he said.

The issue, which has been under debate for several months, likely will be taken up again in August.

Requests for three short-term conditional use permits under the current ordinance were rejected Tuesday. Trustees were unanimous in voting down 2017 S. Ridge Road and 2100 Elmview Drive. They split 4-3 in denying a request for 2234 S. Oneida St.