Favre, Lombardi memorabilia to be auctioned

Favre, Lombardi memorabilia to be auctioned 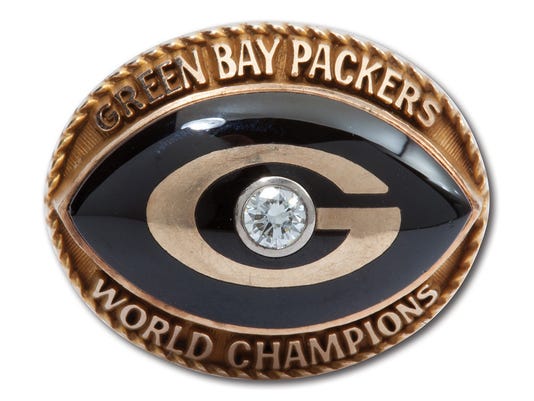 GREEN BAY - Brett Favre's 1996 Jim Thorpe Most Valuable Player award will be auctioned at Super Bowl LI in February, along with other items from the former Green Bay Packers quarterback's personal collection.

Before that, items connected to legendary Packers coach Vince Lombardi are available in an online auction open through Saturday.

The Super Bowl auction on Feb. 4 will benefit several philanthropic endeavors, including the Favre 4 Hope Foundation. Conducting the auction are Hunt Auctions and NFL Auction.

Items include a 2006 Favre game-worn complete uniform, several other Player of the Year awards, an autographed football and autographed cleats.

The auction will feature 596 live auction lots of historical memorabilia from numerous collections and 150 lots to be sold online only.

Among them will be a 2016 Aaron Rodgers game-worn jersey and Rudy Ruettiger's Notre Dame game-worn helmet and jersey from the Nov. 8, 1975, game against Georgia Tech. Ruettiger was profiled in the movie "Rudy."

This is the ninth year for the auction, which includes items from nearly every NFL team. During the past five years, NFL Auction donated more than $5 million to NFL and team charities and nonprofits.