Johnsonville Tailgate Village will replace the long-standing Tundra Tailgate Zone tent that was a fixture during recent Packers seasons. Foundations have been laid, and the skeleton is being erected for the 30,000-square-foot building. It will be 30-feet tall at the roof line and have a slightly larger footprint than the tent it replaces. It will include bars, a live music area, multiple large TVs, garage-style doors opening to a surrounding patio, air conditioning, heat and indoor bathrooms. Also a full kitchen for event catering, underground storage and floor-to-ceiling glass walls. It will be available for non-gameday events as well.

The brick and metal design will match that of Lambeau Field.

RELATED: Is Clay Matthews worth keeping?

In the Packers' Titletown District to the west of the stadium, Hinterland Brewery recently added a large window facing Lambeau Field to the second floor of its building.

Hinterland is one of three announced tenants for the Packers' 35-acre Titletown District, which will include retail, commercial, residential and recreational elements. Other tenants are Lodge Kohler, a four-diamond hotel, and a Bellin Health sports medicine clinic, both of which are under construction. All expect to open before the 2017 NFL season.

The Titletown District includes 10 acres in the center of the development that will be a park and plaza. It will include a snow-tubing hill and playgrounds, among other amenities. The district also will include up to 70 townhouses and probably an apartment complex. The Packers have not provided details of the housing projects but say they've received many inquiries. 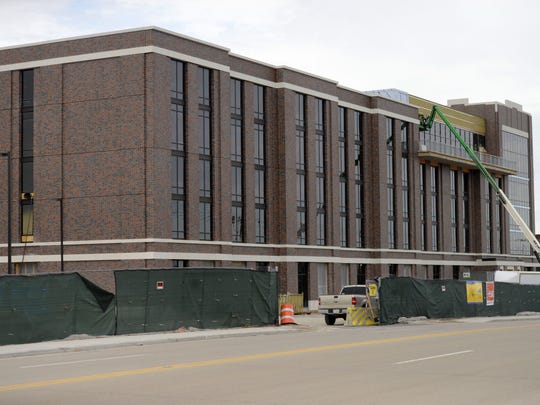 The team said it expects to release details on those and other elements of the Titletown District in the first half of this year.

In addition to the new window, Hinterland placed its brewing tanks and its silo with its familiar black-and-yellow logo on the Lombardi Avenue side of the building.

The building on the corner of South Ridge Road and Lombardi Avenue is four times larger than Hinterland's 313 Dousman St. address. It will include a brewery, taproom, restaurant, two private dining rooms and a heated, outdoor beer garden.

Lodge Kohler, also on South Ridge Road, recently held a job fair to find 200 employees for the hotel, which will have 134 rooms and 10 suites, a panoramic bar and restaurant, cafe, fitness facility and full-service spa. Another job fair is scheduled for April 8.

To the west of Lodge Kohler, Bellin Health Sports Medicine & Orthopedics clinic is taking its final exterior shape. It will include advanced diagnostic equipment, a performance lab with ultra-high-speed video equipment and a 3 Tesla MRI scanner. Clinic services will focus on injury prevention, performance improvement, and treatment and therapy.

Bellin Health's Dr. Patrick McKenzie is a team physician for the Packers. The clinic will allow him and his colleague's to treat players in a facility adjacent to the stadium and well as provide services for the general public. 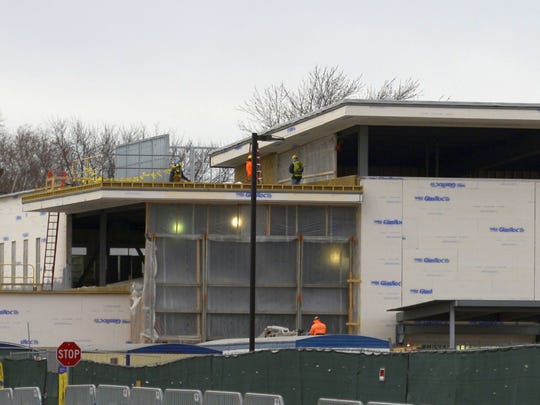