Green Bay Packers quarterback Aaron Rodgers wears a sweatshirt that reads "Butte Strong" in support of the victims of the Camp Fire in Butte County, Calif., as he talks to reporters following the Packers' NFL football game against the Seattle Seahawks, Thursday, Nov. 15, 2018, in Seattle. The Seahawks won 27-24. (AP Photo/Stephen Brashear)(Photo: The Associated Press)

The rift between Packers star quarterback Aaron Rodgers and members of his family has been a simmering subplot for some time, but brother Jordan Rodgers took a heck of a shot on Twitter Wednesday.

Earlier in the day, Aaron Rodgers announced he was donating $1 million toward recovery and relief efforts in his home state of California and asked others to contribute to the cause. Jordan Rodgers tweeted a sharp criticism after the announcement, claiming that Aaron did not first call to see if his mother was safe during the fires.

But when your own Mom is home alone during the fires, car packed ready to evacuate, & you miss the fundamental first step of compassion; calling your parents to make sure they are safe....

"But when your own Mom is home alone during the fires, car packed ready to evacuate, & you miss the fundamental first step of compassion; calling your parents to make sure they are safe.... 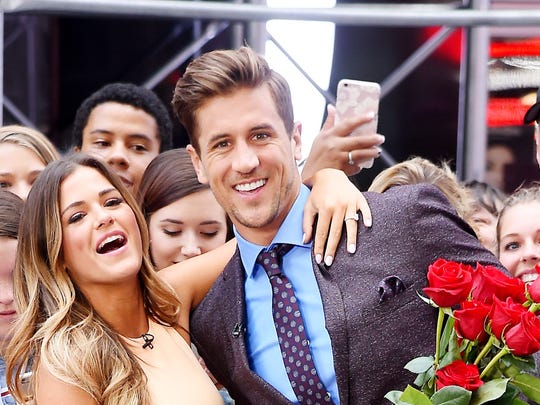 Bachelorette JoJo Fletcher and Jordan Rodgers share a kiss on the set of Good Morning America in 2016. (Photo: BuzzFoto via Getty Images)

Jordan Rodgers, like Aaron, played at Butte Community College, a school not far from the devastating Camp Fire. Aaron wore a "Butte Strong" sweatshsirt in his announcement video. Jordan is also an analyst for the SEC Network, a former college quarterback at Vanderbilt and played in the NFL on practice squads with Jacksonville, Miami and Tampa Bay.

He also appeared on popular reality TV show "The Bachelor," and during that series, it was revealed he seldom spoke to Aaron, who later confirmed the lack of discussion but declined to speak further about family matters. Rodgers' father, Ed, also gave an interview in early 2017 saying he hadn't spoken to his son in two years.

Bucks 117, Pacers 89: A barrage of three-pointers erases any doubt

DOWNLOAD THE APP: Get the latest news, sports and more