Milestone week ahead for Titletown District

Final approval on the docket in Ashwaubenon.

Milestone week ahead for Titletown District

The neighborhoods around Lambeau Field do not look like they did when Brett Favre and I came to town in 1992. For that matter, neither does Lambeau Field.

The renovation of Lambeau Field in 2003 started a chain of change that's only accelerating with the development of the Titletown District, which probably will get its final approval from the Ashwaubenon Village Board on Tuesday.

One of the charms of Lambeau Field is its location in the middle of residential neighborhoods. Those neighborhoods still exist, but the borders are being pushed back by development around the stadium. The Packers are responsible for some of it, especially south of the stadium, but entrepreneurs have done their share. The south side of Shadow Lane between South Ridge Road and Oneida Street is now largely party houses, or transient residential facilities (TRF) in legal governmental parlance. Stadium Drive south of Lambeau also has its share of TRFs, and some are cropping up in the Blue Ridge Drive area west of the stadium.

The Ashwaubenon Plan Commission approved a TRF at 1071 Blue Ridge Drive on Tuesday, but not before commission members questioned whether conditional-use permits, which allow carving of exceptions into existing zoning, are the best approach. Village President Michael Aubinger said it will lead to a patchwork of uses that would confuse homeowners and prospective buyers alike.

"We need to come up with a plan for that area on what we are going to allow and tolerate. And people who live in that area need to participate," Aubinger said.

To be clear, Aubinger is not opposed to party houses, or more accurately, perhaps, property rights. He's made it clear the government cannot tell property owners who they can sell to, a position supported by other commission members. 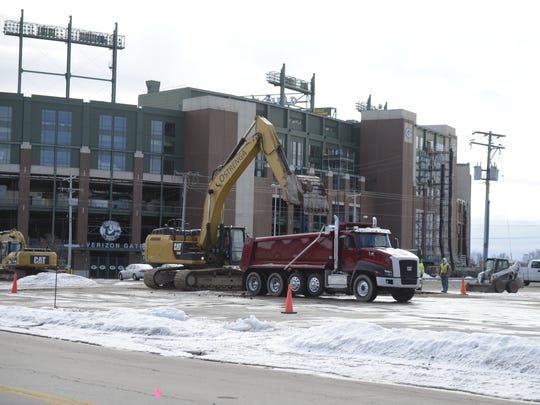 "If someone flashes $400,000 in front of my face, I'm going to take it and run," said Village Board and Plan Commission member Gary Paul.

But Aubinger and others also want to protect the neighbors who like living near the stadium, but also want a certain degree of residential atmosphere.

Potentially affecting the issue is a bill proposed by state Sen. Frank Lasee, R-Ledgeview, that would prohibit municipalities from banning the lease of houses for seven consecutive days or more. It would allow municipalities to regulate those uses — allowing inspections, room taxes and the like — but not prohibit them. On the other hand, they could prohibit renting houses for seven days or fewer, which would be party houses. The bill is still pending.

Another example of coming change is the proposal by Tim Kuehn to build a four-story office building on the northeast corner of South Ridge Road and Lombardi Avenue. A few neighbors were so opposed to the project they walked out of a public meeting while Kuehn was answering questions. Not everyone who stayed through the end of the meeting opposed the plan, but several continued to ask pointed questions.

Kuehn described several options for the property, including having a less attractive (to neighbors) business such as a restaurant on the site. The one option he didn't offer, and which is certainly not going to happen, is that the site remain unchanged. Projects underway and completed across Lombardi Avenue to the south and the southwest guarantee that. 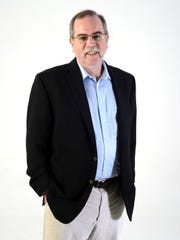 There is too much money involved. And whether you want to style it as greed or just economic development, it is an inevitable, and some would say needed, result of the Packers' success.