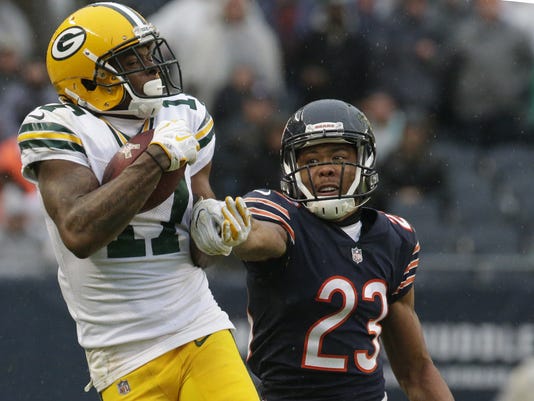 Welcome to your Morning Buzz, rounding up news and views regarding the Green Bay Packers, from around the web and here at PackersNews.com. Grab a strong cup of coffee and get caught up on everything you need to know about the Packers.

Pete Dougherty starts us off with his postgame column assessing exactly what the Packers accomplished with their victory over the Bears.

The Bears, with a rookie quarterback and very possibly the worst receiving corps in the league, aren’t equipped to attack the Packers’ secondary like New Orleans and Detroit did. And while the Bears run the ball well with Jordan Howard and Tarik Cohen, the Packers’ run defense has been pretty good, too.

So while the Packers have to feel good about Hundley making a couple important plays and getting his first win, they also should heed his words from his postgame news conference. Because there are less favorable matchups coming up over the season’s final seven weeks, and while the win is good for morale, next Sunday will be a re-set against a Baltimore Ravens team coming off its bye.

For the first time since he took over for Rodgers, Hundley made plays that changed the outcome. https://t.co/QeSmE8ZVfZ

Gary D’Amato writes on the Packers hitting on the right formula:

This game was going to be about running the ball and stopping the run. https://t.co/WcUOMG4k9R

The #Packers last two opponents, the #Bears and #Lions, have carried the ball 50 times for 119 total yards. https://t.co/tmp1SF6rwv

Jamaal Williams thought the better of wearing sleeves for Sunday's game. It was a good call. https://t.co/n08Jv2sPIk

Our weekly Insider gives you the Thumbs Up and Thumbs Down:

It might have been the difference in the game. https://t.co/NCTWXCs0mF

Elsewhere, the NFL has highlights from the game on their YouTube channel:

Mike Daniels was excited for his quarterback:

#Packers RB Aaron Jones will have an MRI tomorrow, but source said the initial diagnosis is a sprained MCL. He’s likely to miss some time, but it could have been much worse.

Rob Demovsky writes on the latest wave of Packers injuries:

Cheesehead TV has first impressions from the Packers' win:

The Power Sweep has a historical note:

The Packers take a two game lead in the Packers/Bears rivalry. It's been a while. pic.twitter.com/hU09tsAXHn

The Packers Wire has winners and losers:

Winners and losers from Packers' 23-16 win over Bears https://t.co/Um7XEfWyx7

The Internet’s got jokes: