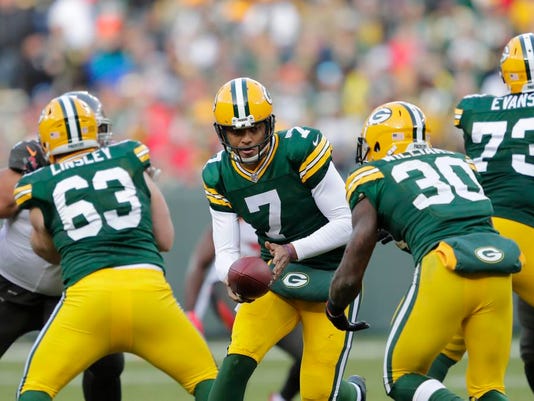 Welcome to your game day Morning Buzz, rounding up news and views regarding the Green Bay Packers and the NFL from around the web and here at PackersNews.com. We’re here to catch you up on any and every development as it pertains to the Packers, so grab a strong cup of coffee and get caught up on everything you need to know before the Packers take on the Minnesota Vikings later tonight.

We’ll start with Tom Silverstein’s column calling for the Packers to move on from defensive coordinator Dom Capers.

Green Bay Packers coach Mike McCarthy may not even wait past the final day of the season to decide on the future of defensive coordinator Dom Capers.

More than likely, his mind already is made up.

What he saw against the Carolina Panthers last Sunday in a must-win game against a good but not great offense had to sicken his stomach.

“This” turned out to be Newton throwing to halfback Christian McCaffrey running uncovered over the middle for an easy touchdown while the Packers bungled a coverage they had worked on during the week.

The die is cast and McCarthy has no choice but to fire Capers and begin searching for someone who can pull together the talent the Packers have on defense.

Tom also has his weekly 5 Things To Watch and our predictions:

Pete Dougherty highlights the success the Vikings have had via the draft, especially when compared to the Packers:

The NFL draft is supposed to be Ted Thompson's go-to, but #Vikings GM Rick Spielman has been much, much better lately. https://t.co/m6KidZxfqS

The Packers brought Reggie Gilbert up off the practice squad:

I spoke with Jerry Kramer about the Ice Bowl:

Jerry Kramer: "I came off the ball as quick as I ever have in my life." #IceBowlhttps://t.co/iYtf20KtWE

There was quite a bit of drama around Lambeau Field yesterday:

Suspect in #LambeauFieldIncident had been fired from food service job; drove into storage area while chasing former co-worker https://t.co/bczpb3mA6Rpic.twitter.com/tNFvk24EBc

Elsewhere, NBC has a preview of tonight’s game:

Will Christmas come early for @Packers fans or will the @Vikings make it a silent night? pic.twitter.com/mjeIRZYdOE

Speaking of NBC, Jimmy Fallon went to town on some of the players in tonight’s game:

Good question from Zach over at the Packers Wire:

For love (and a little money): Davon House has incentive to finish season https://t.co/aJvf9eG7Yn

Over at Cheesehead TV, they’re wondering about possible changes:

On @CheeseheadTV: Will 'Patterns of Negativity' Lead to Change in Green Bay? https://t.co/sV3RAZQ4BY#Packers

What is Jordy Nelson worth to the Packers in 2018?

Let’s play the Packers GM Game: What is Jordy Nelson worth in 2018? https://t.co/wT1gWaZdaS

World’s Best Preview: The Rodgers Effect. (A look at reaching playoffs relative to other great QBs) https://t.co/n9aXcBhMRV via @scoutmedia

The Golden Boy is celebrating a birthday today:

NFL Media’s preview of the game is below:

Today in 2003: One day removed from the passing of his father, Brett Favre throws for 399 yards and four TDs as Packers trounce Raiders, 41-7, on MNF. pic.twitter.com/KgYY22WMgd

Waking up on #Packers gameday like…#GoPackGopic.twitter.com/0ZdSVGJghk