Morning Buzz: Packers ready for anything on draft week 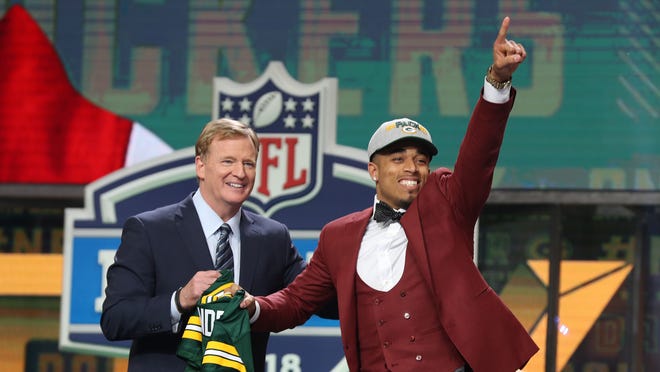 Welcome to your Morning Buzz, rounding up news and views regarding the Green Bay Packers and the NFL from around the web and here at PackersNews.com. Grab a strong cup of coffee and get caught up on everything you need to know.

We’ll start with Ryan Wood writing on Brian Gutekunst squashing the idea there is any drama between the Packers organization and the team’s franchise quarterback.

If there’s a burgeoning feud with his star quarterback, Green Bay Packers general manager Brian Gutekunst is unaware of any internal strife.

Gutekunst said Monday he has seen reports of Aaron Rodgers’ discontentment regarding a lack of involvement with personnel decisions. It’s something Rodgers downplayed last week, saying he understands his job is to play quarterback. Rodgers also acknowledged disappointment with receiver Jordy Nelson’s release.

“I’ve certainly seen what’s been reported,” Gutekunst said. “Nobody has voiced any frustrations to me or anything like that.”

Gutekunst, understandably “all consumed” with this week’s NFL draft, said he hasn’t had “hardly any discussion with our players” since the team’s spring program began last week. But he made it clear his door is open for discussions, while also reiterating personnel decisions are his to make.

Michael also takes a look at which prospects in the secondary might be of interest to the Packers:

How badly do the Packers need to draft a quarterback?

I chatted with readers via Facebook Live on Monday afternoon:

Rob Demovsky writes on the possibility:

Kelly Price gives a quick update on the Gutekunst proceedings at Lambeau:

This is a pretty good hype video for Muhammad Wilkerson:

The rumor mill is working overtime:

That Franchise Guy has a seven-round Packers mock:

The Power Sweep has a theory about what Aaron Rodgers is looking for in his next contract:

Thanks to everyone who came out to hear us talk Packers last night for our subscriber event: