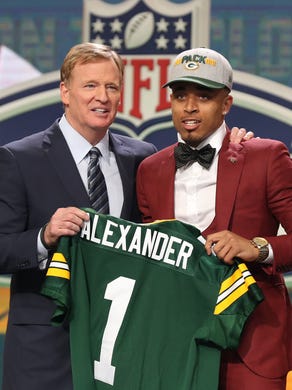 NFL commissioner Roger Goodell with Jaire Alexander as he is selected as the number eighteen overall pick to the Green Bay Packers in the first round of the 2018 NFL Draft at AT&T Stadium. Matthew Emmons, Matthew Emmons-USA TODAY Sports
Fullscreen 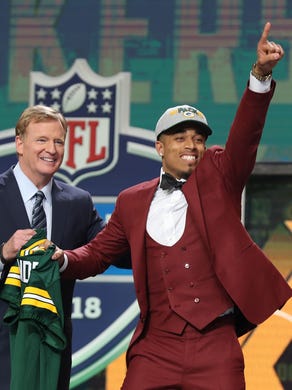 Jaire Alexander (CB, Louisville) was the Packers' pick at No. 18 overall in the 2018 NFL draft. Green Bay originally had the 14th pick and traded twice in the first round before drafting Alexander. Matthew Emmons, USA TODAY Sports
Fullscreen 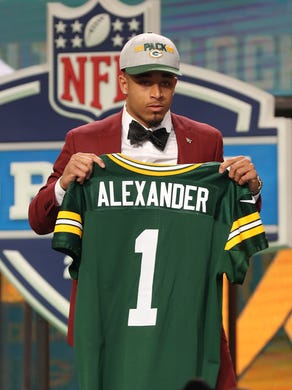 Jaire Alexander as he is selected as the number eighteen overall pick to the Green Bay Packers in the first round of the 2018 NFL Draft at AT&T Stadium. Matthew Emmons, USA TODAY Sports
Fullscreen 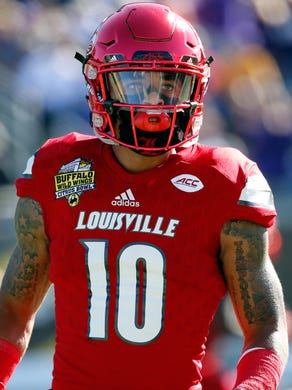 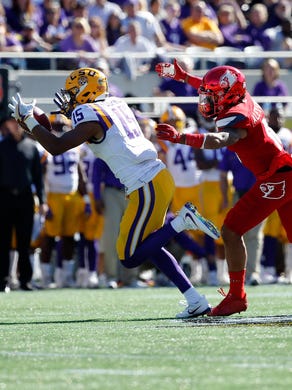 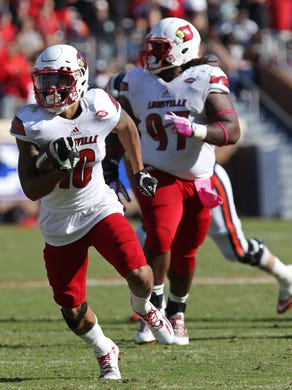 Iowa's Josh Jackson greets fans after Jackson was selected by the Green Bay Packers during the second round of the NFL football draft Friday, April 27, 2018, in Arlington, Texas. (AP Photo/Eric Gay) The Associated Press
Fullscreen 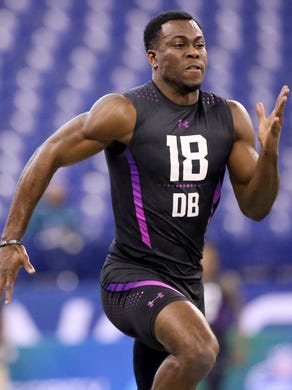 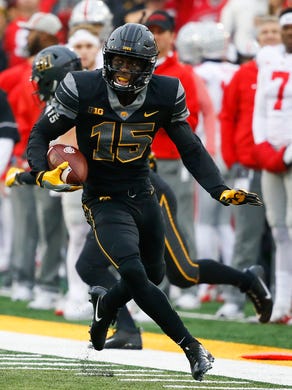 Iowa defensive back Josh Jackson returns an interception during a game against Ohio State at Kinnick Stadium on Nov. 4, 2017. Tork Mason/hawkeyesports.com
Fullscreen 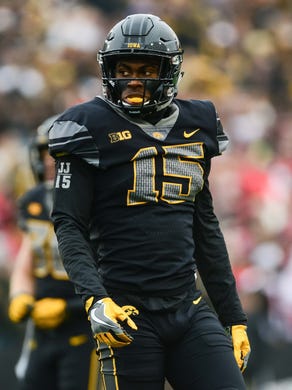 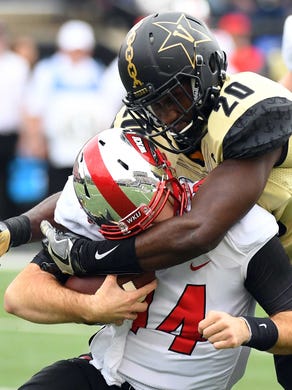 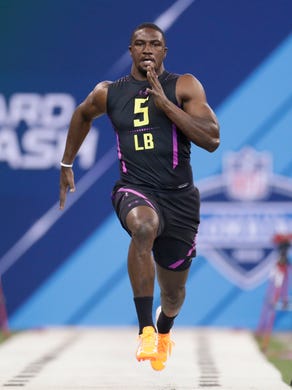 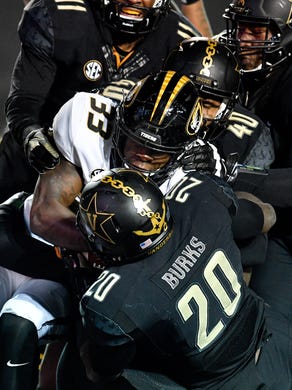 Vanderbilt linebacker Oren Burks is one of the Commodores' best defenders and leader on campus. Mark Humphrey, AP
Fullscreen 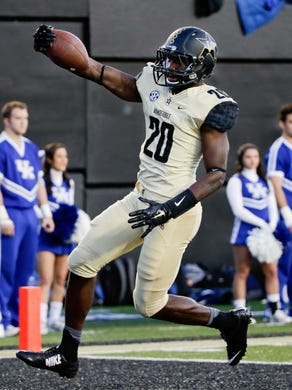 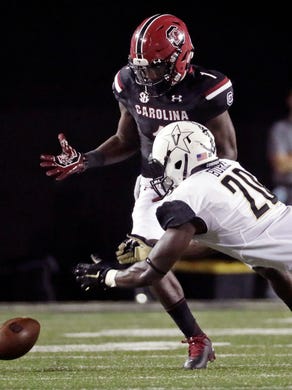 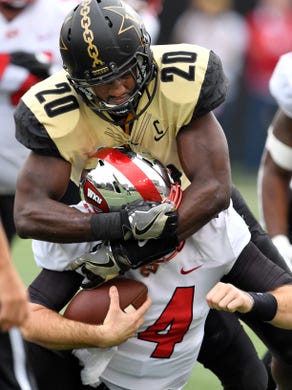 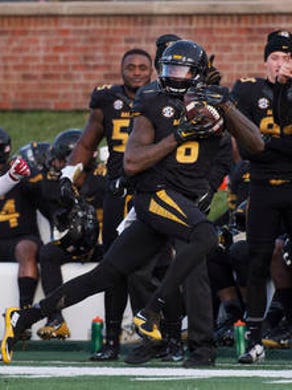 Missouri wide receiver J'Mon Moore catches a pass for a touchdown during the first half against Idaho at Faurot Field. Denny Medley, USA TODAY Sports
Fullscreen

In this Sept. 16, 2017, file photo, Washington State offensive lineman Cole Madison (61) lines up for a play during the second half of an NCAA college football game against Oregon State, in Pullman, Wash. Madison was selected to the AP All-Conference Pac-12 team announced Thursday, Dec. 7, 2017. (AP Photo/Young Kwak, File) The Associated Press
Fullscreen 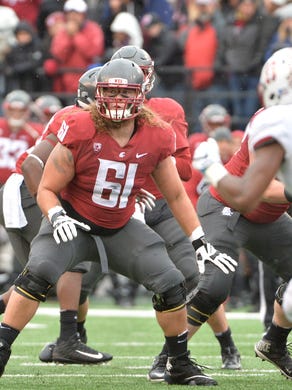 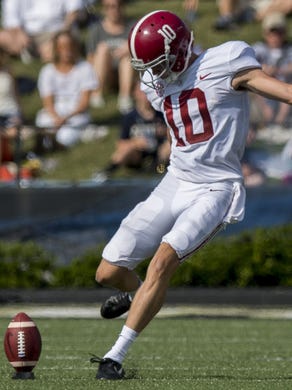 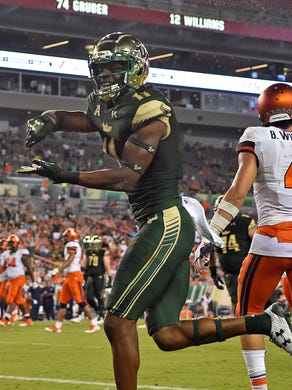 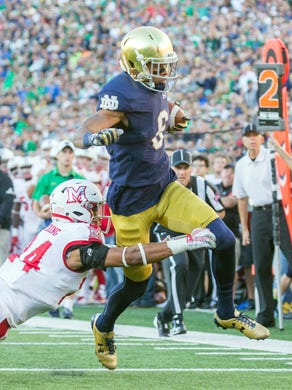 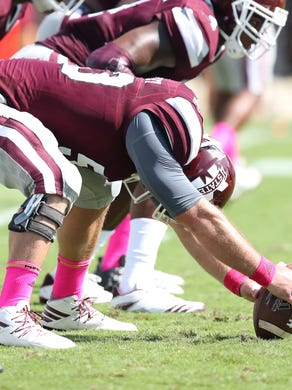 Southeast Missouri State linebacker Kendall Donnerson leaves the field after being ejected on a penalty against Missouri during the first half at Faurot Field on Sep 5, 2015. Denny Medley-USA TODAY Sports
Fullscreen

Welcome to your Morning Buzz for Day 3 of the 2018 NFL draft, rounding up news and views regarding the Green Bay Packers from around the web and here at PackersNews.com. Grab a cup of coffee (or brew some tea, if that’s your thing) and get caught up on everything you need to know about the Packers.

We’ll start with Pete Dougherty’s latest column looking at another draft that indicates a lack of urgency in addressing the Packers pass rush.

Brian Gutekunst most definitely targeted the Green Bay Packers’ pass coverage in the first three rounds of this year’s draft.

But the Green Bay Packers’ rookie general manager did it at the expense of outside pass rush, a position the Packers have mostly neglected in the prime rounds of the draft for six years now.

Gutekunst clearly was hell bent on building up his pass defense after the carnage of the last two years, which saw the Packers finish No. 26 in defensive passer rating in 2016 and No. 31 last year. In a passing league, that’s a tough way to win games. This had to be the priority.

Gutekunst went all-in for coverage on the first two days of the draft by selecting cornerbacks Jaire Alexander (No. 18 overall) of Louisville and Josh Jackson (No. 45) of Iowa in the first two rounds, and trading into the third round for a coverage inside linebacker, Vanderbilt’s Oren Burks (No. 88). Fair enough. The Packers need all the help he can get there.

But when you take a player at one position of priority, you’re neglecting another position of priority. And Gutekunst’s first draft continues a run in which the Packers at the top of the draft have neglected the most important part of pass defense: rushing the quarterback. In the last six years, they’ve picked an outside rusher in the first three rounds only once, and that was Kyler Fackrell, a third-rounder in 2016 who after two seasons is looking very much like a miss.

.@PeteDougherty: After two years of pass defense futility, the #Packers are determined to completely revamp their secondary. https://t.co/y1pjLClBiz

Ben Steele looks at the pipeline between Iowa and Green Bay:

The #Packers have built quite the pipeline from the University of Iowa, this time snagging cornerback Josh Jackson. https://t.co/QLPbCltIpr

Scott Venci writes on the Packers jumping back into the third round to select Oren Burks:

I chatted with readers via Facebook Live to wrap up Day 2:

Jaire Alexander and Josh Jackson are excited to get going:

Our analytics department are nodding in agreement as the Green Bay Packers double dip at cornerback to add the eighth highest player on our big board, Iowa's Josh Jackson pic.twitter.com/054hHPb681

Bleacher Report has a look at Jackson’s game:

Packers select CB Josh Jackson with the No. 45 pick pic.twitter.com/j8epictThq

As does Ben Fennell:

Josh Jackson was excellent in the red zone... When we can’t give you help, can you handle your own on an island? In addition to proper technique - gotta have play strength, confidence, length, etc. Jackson has it! pic.twitter.com/n30MrYt7yZ

Dave Schroeder has a look at Oren Burks:

People are liking the Packers draft:

Packers: A
Cowboys: A-
Steelers: B+

Cynthia Frelund says Jackson was the best value in Round 2:

and you know what? #iowa standout corner Josh Jackson is my pick for best value in round 2! Here’s why:#packers@packers@nflnetwork#nfl#nfldraftpic.twitter.com/cgtgErZmRU

Burks is excited to be a Packer:

James Reynolds looks at the value of next year’s extra first-round pick:

On @CheeseheadTV: How Much is the Packers Future First Round Pick from the Saints Worth? https://t.co/Rx5F2hZC8A