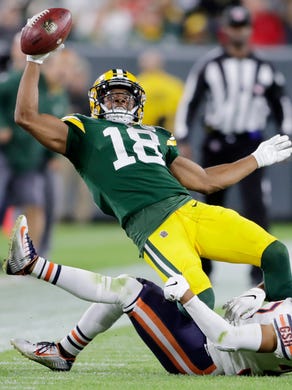 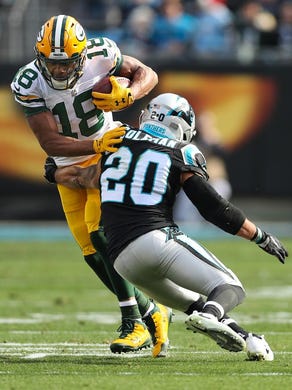 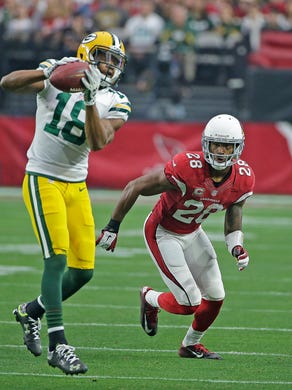 Green Bay Packers kick returner Randall Cobb (18) celebrates as he is about to score on a punt return against the Minnesota Vikings at Lambeau Field on Monday, Nov. 14, 2011. USA TODAY NETWORK-Wis
Fullscreen

Welcome to your Morning Buzz, rounding up news and views regarding the Green Bay Packers  from around the web and here at PackersNews.com. Grab a strong cup of coffee and get caught up on everything you need to know about the Packers.

We’ll start with Jeff Maillet’s look at Aaron Rodgers earning one of the precious few 99 player ratings on the new Madden.

EA Sports, the video game giant, revealed the highest-rated NFL players in its latest edition of the Madden 19 football game, and Rodgers was one of seven stars to receive a 99 rating.

Receiver Antonio Brown of the Pittsburgh Steelers, defensive tackle Aaron Donald of the Los Angeles Rams, linebacker Von Miller of the Denver Broncos, linebacker Luke Kuechly of the Carolina Panthers, and quarterback Tom Brady and tight end Rob Gronkowski of the New England Patriots also were honored to the 99 club with some hardware.

I spoke with former Packers linebacker Brady Poppinga about the team’s strength and conditioning staff:

I also chatted with readers Wednesday afternoon via Facebook Live:

They’re getting excited for Rodgers vs Brady across the pond:

Who are you backing? pic.twitter.com/98NmHRYOWS

On @CheeseheadTV: Packers' Vince Biegel 'shooting for the stars' as he aims for healthy second season https://t.co/CELNsAEFNg

The Packers Wire looks at all of Aaron Jones’ big runs:

In today's @WiStateJournal ~ For #Packers WR Randall Cobb, 'Change is inevitable with time, and it’s part of the game. I think that’s the only constant thing you have in life is change. You just have to be able to adapt to that change.'https://t.co/8UIpjDhOXT

Brian Jones looks at how Rodgers has fared against the Packers 2018 opponnents:

How did Rodgers fare against the teams on the 2018 season? @BrianJones247 lets you know: https://t.co/b9aeuxw5JT

KDG looks at the secondary: