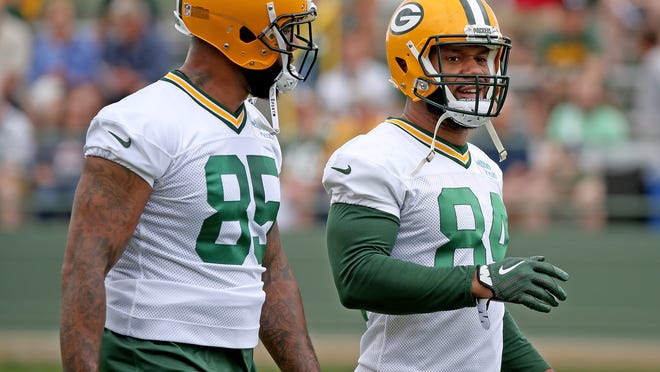 Welcome to your Morning Buzz, rounding up news and views regarding the Green Bay Packers from around the web and here at PackersNews.com. Grab a cup of coffee (or brew some tea, if that’s your thing) and get caught up on everything you need to know about the Packers.

We’ll start with Michael Cohen’s look at the Detroit Lions in the latest installment of our opponent preview series.

It’s hard to find proof that Jim Caldwell did a poor job in four seasons as coach of the Detroit Lions.

Prior to Caldwell’s arrival in 2014, the Lions had made the playoffs just once since the turn of the century: They went 10-6 in 2011 and lost in the wild-card round to the New Orleans Saints. Before that, their most recent playoff appearance was 1999, a year after legendary running back Barry Sanders retired.

Caldwell compiled records of 11-5, 7-9, 9-7 and 9-7 in four seasons and guided the franchise to the playoffs twice, which is no small feat in a division featuring the Green Bay Packers and the resurgent Minnesota Vikings. However, the Lions never won a playoff game under Caldwell and lost in the wild-card round both times.

That, perhaps, was the ultimate nail in Caldwell’s coffin, and the Lions decided to make a change during the offseason. Caldwell was fired, and Matt Patricia was hired.

Patricia, 43, had been a faithful servant of New England Patriots coach Bill Belichick since joining the franchise in 2004. He filled a variety of roles during that time, including offensive assistant, assistant offensive line coach, linebackers coach and safeties coach, before establishing himself as one of the league’s most successful defensive coordinators from 2012-17.

If you’re in the Appleton area, don’t miss the Pro Football Hall of Fame traveling exhibit:

Martinez ended the season with 63 tackles in run defense in 2017 while finishing tied for third in run stops (38), playing his own integral role in PFF’s second-highest graded run defense. His run-defense grade of 89.7 was good for eighth in the league, just behind top-overall ranked linebacker Bobby Wagner. His run stop-percentage of 9.0 tied for 27th among all off-ball linebackers (89 qualified linebackers).

Aaron Rodgers’ teammates offer up a few nuggets about their quarterback:

Mark Murphy hopes to have a new deal done with Rodgers soon:

As one would suspect, Aaron Rodgers appears a few times in this “Free Play” compilation

You may see alternate jerseys around the league more often this fall: