Morning Buzz: Packers have their eyes on the prize

Morning Buzz: Packers have their eyes on the prize 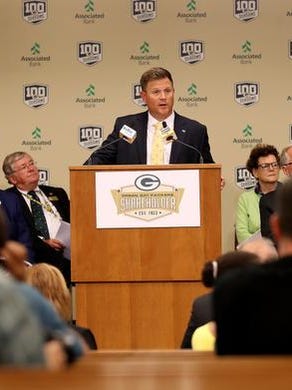 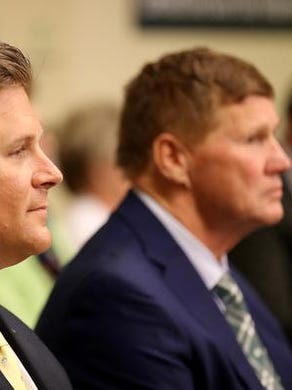 Welcome to your Morning Buzz, rounding up news and views regarding the Green Bay Packers and the NFL from around the web and here at PackersNews.com. Grab a strong cup of coffee, (or brew some tea, if that’s your thing) and get caught up on everything you need to know about the Packers.

We’ll start with Tom Silverstein’s look at the start of camp through the lens of Mike McCarthy’s season-opening news conference.

Every Green Bay Packers season is different, yet some things never change.

Coach Mike McCarthy and his staff returned from vacation with their practice whistles at the ready, the players came back from the longest break they’ll have from now until the calendar hits 2019 and training camp is nearly off and running.

It’s a vastly different Packers group with new assistants, new schemes and around 30 new additions to the 90-man roster. Old and new will be fired up and ready to set the world on fire.

And then they’ll practice Thursday morning.

“The reality is we're going to go down there and practice for two days and get through the first installs and it's going to look a little rough,” McCarthy said in his pre-training camp news conference Wednesday. “And then we're going to put the pads on (Saturday) and it probably won't look very good.”

It’s a summer ritual and it speaks nothing to what kind of team the Packers will have in 2018. But it’s where most teams start and McCarthy and the coaches are more worried about where they finish than where they start.

Tom also wrote on the news that Bryan Bulaga and Nick Perry will start camp on the physically unable to perform list:

Promising wide out Michael Clark has decided to retire:

#Packers wide receiver Michael Clark plans to give up football, according to source. https://t.co/BOLQYs0ejB

Expect to see lots of the Battle of the Backups:

With a backup battle brewing, the #Packers are expected to give plenty of reps to their younger quarterbacks in camp https://t.co/MtwBEyzUei

Take your shot at building the Packers 53-man roster:

Roster Builder is back! You're the GM; you craft the team. Here's one take https://t.co/rbDDqkngrT

Rich was also on hand for the opening of the new Jerry Kramer exhibit at the Packers Hall of Fame:

. @JerryKramer64GB talks about his new exhibit at @PackersHOF, which opened today. Good Kramer story (though they are all good) at the end.https://t.co/PNIe6hCMMGpic.twitter.com/7lWfmeY4i3

I chatted with readers Wednesday afternoon:

Will the @packers RBs give @AaronRodgers12 the help he needs on offense?@heykayadams says watch out for three-headed monster of @jswaggdaddy, @_WiFi_Ty_ and @Showtyme_33 in 2018. 👀 pic.twitter.com/5mKSm9IBNX

"Aaron Rodgers is clearly more valuable than Tom Brady. You know without a doubt the Green Bay Packers have no shot, but the New England Patriots still have a chance because of who they have at head coach." — @GregJenningspic.twitter.com/7AjzwHzUfZ

Rob Demovsky wrote on the state of talks between the team and Aaron Rodgers:

No extreme measures for Aaron Rodgers during contract talks https://t.co/65h3WUXSnd

Can the offense carry the Packers into the playoffs?

On @CheeseheadTV: Can The Packers Offense Carry Them Into The Playoffs? https://t.co/1RvUYjYMJ6

These 3 positions will decide who makes the Packers’ final 53-man roster https://t.co/gCVdKN4GGi

The Power Sweep makes some predictions:

Our predictions for 2017 didn't work out super great.

The Packers have their eyes on the prize:

Despite disappointing season, #Packers as usual aiming to compete for world championship, per @jasonjwilde for the @WiStateJournal. https://t.co/dwIYrGeQnH via @madisondotcom

Long before the commercialization of #Packers Training Camp the players & coaches walked out of a door by the loading dock, hopped on a bike, & rode through the parking lot. Here's a pic of Brett Favre after one practice in 1993. That's me in the bottom right in the white hat. pic.twitter.com/QZqEvgeQPn