Morning Buzz: How did you become a Packers fan?

Morning Buzz: How did you become a Packers fan? 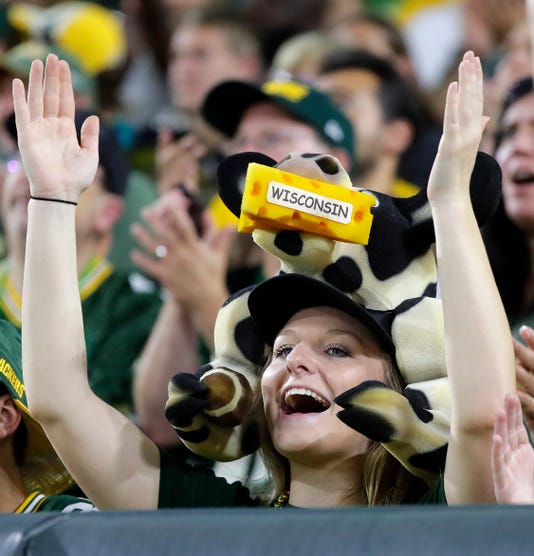 The Packers have no public availability today and we won’t see them back on the practice field until Monday afternoon.

While Gilbert has shown he should be part of the rotation, he’s still more an effort than talent player. It’s not hard to see him getting five or so sacks this season, but it will take a big leap for him to get near or reach double digits.

The Packers really need someone who can add some juice to their pass rush, and nobody else has emerged as even a threat.

Vince Biegel, the fourth-round pick from last year, has been healthy in camp after having his rookie season essentially washed out by surgery on both feet. But he hasn’t flashed. In the Big Ten he could get around the corner and get off blocks. But in two preseason games hasn’t shown the quick first step or strength needed to win on the edge.

Likewise, Kyler Fackrell opened some eyes when he won his first one-on-one rep early in camp against David Bakhtiari, but that was a mirage. Like his first two years in the NFL, he’s still struggling to shed blocks.

That’s why trading for Khalil Mack is an intriguing possibility, if in fact Oakland actually is open to dealing him. But that’s a big, big if.

The Packers also will be scrutinizing the waiver wires for a rusher, but really, the odds of finding one going that route are slim. Teams just don’t part with promising rushers.

With things as they are, the Packers have to hope new coordinator Mike Pettine really is a maestro at getting after the quarterback.

Don’t miss our continuing look at how our readers became Packers fans. Have you entered your story yet?

Your stories: How I became a Packers fan https://t.co/RljruGUOTSpic.twitter.com/yFPWcWRMDS

Ryan Wood writes on Tramon Williams and smarter play in the secondary:

Tramon Williams is making sure Packers corners are 'in tune' with defense https://t.co/pNXsTimLfL

Jake Kumerow’s shoulder injury could complicate his chances at making the 53 man roster:

Tom Silverstein is sold on Kumerow and answers lots of reader questions in his latest podcast:

New from JSOnline and PackersNews: Aaron Nagler chat: Nod goes to Kizer so far in battle of the backups https://t.co/SsFR4JL98f#Packers

The helicopters that flew by Lambeau during Thursday’s game were not part of a planned event:

The latest on injuries to Jake Kumerow, Justin McCray: https://t.co/HmBg4CoTe3

Peter Bukowski writes the Packers should stop wasting time on older players who can’t help them:

The Packers should stop wasting reps on players who clearly can’t help them, because it could be holding back the young players who can: https://t.co/BtDi8sIPFW

Josh Jackson had a huge game for the Packers last night!https://t.co/Tc0qJVubGapic.twitter.com/glhxvtfPUu

Brian Baldinger was not impressed with Mo Wilkerson’s effort on Thursday night:

.@packers had to be completely disappointed in the underwhelming performance from #MoWilkerson last night v @steelers Given a 2nd chance to revive a career; he must play better or ???? #BaldyBreakdownspic.twitter.com/81qhxpXTGe

Cory Jennerjohn writes that the o-line must get better:

On @CheeseheadTV: Cory's Corner: Packers Must Get Better At OL https://t.co/hMcAvBUvoqpic.twitter.com/8V2kmTgQ52

ESPN takes a look at the Packers from a fantasy football perspective:

The second year Steelers receiver has a question:

How come Packers Fans love me!? 😂😂😂 Look at those smiles! pic.twitter.com/q5qdi55LK1

Doug Gottlieb says the clock is ticking on Aaron Rodgers: