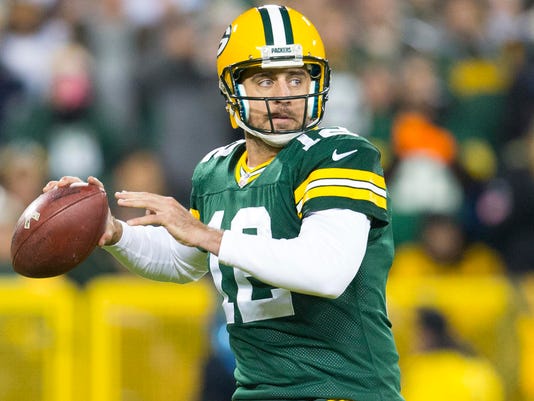 The MVP standings heading into Week 11

1. QB Tom Brady, New England Patriots, 21.5 points (last week: first place): Aside from TE Rob Gronkowski, he doesn't have the same caliber weapons the other quarterbacks on this list do. But the Patriots still average 31.2 points per game, third best in the league, and have won five in a row. However their schedule turns nasty with Sunday's date in Indianapolis and will likely determine whether Brady notches his third MVP.

2. QB Andrew Luck, Indianapolis Colts, 15.5 points (last week: third place): Nobody's thrown for more yards (3,085) this season, and Luck's Colts are pacing the league in points and yards. But his MVP case would get a nice bump if Indianapolis manages to take down Brady and the Patriots on Sunday night at Lucas Oil Stadium. Luck has lost his first two starts against Brady, both in New England, by a combined score of 102-46.

3. QB Aaron Rodgers, Green Bay Packers, 12.5 points (last week: unranked): Welcome back to the MVP neighborhood, Mr. Rodgers. If he'd wanted to, the 2011 winner of the award probably could've thrown 10 TDs last week against the Bears after striking six times before halftime. He continues to be the NFL's most efficient passer, topping the charts for passer rating, touchdown pass percentage and yards per attempt.

4. QB Peyton Manning, Denver Broncos, 10 points (last week: fourth place): He's poised to become the first passer to throw 50 TDs in a season twice. His blazing competitive fire was on display again Sunday when he ran onto the field up 41-10 on the Raiders, stealing a few more snaps from Denver backup Brock Osweiler. That relentlessness could just notch Manning MVP No. 6 (no one else has won it more than three times).

5. RB DeMarco Murray, Dallas Cowboys, 3.5 points (last week: second place): There's no doubt he'll be an all-pro for the first time as he's clearly the NFL's premier back this season. But that MVP star has started to fade now that QB Tony Romo has reminded everyone of his importance to Dallas' offensive operation while Murray has fallen off the exclusive 2,000-yard pace in recent weeks. 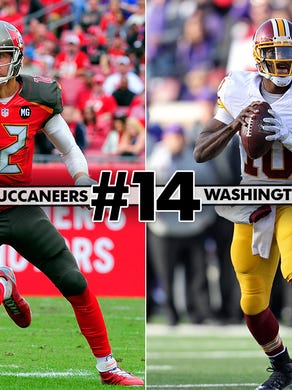 13. Raiders at Chargers: San Diego is in three-game tailspin, but falling to winless Raiders would be a new low. USA TODAY Sports
Fullscreen

10. Vikings at Bears: Chicago in desperate need of confidence-builder after another rout at hands of Packers. USA TODAY Sports
Fullscreen 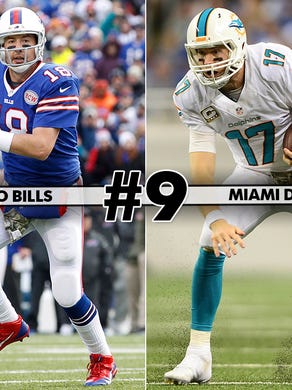 6. Texans at Browns: Cleveland will face something of a wild card in Ryan Mallett, who’s set to make his first start. USA TODAY Sports
Fullscreen

4. Seahawks at Chiefs: Russell Wilson and Seahawks in for a clash with Kansas City’s No. 1 pass defense. USA TODAY Sports
Fullscreen