Packers-Patriots: How we picked it

How our reporters picked Sunday's game between the Green Bay Packers and New England Patriots.

Packers-Patriots: How we picked it 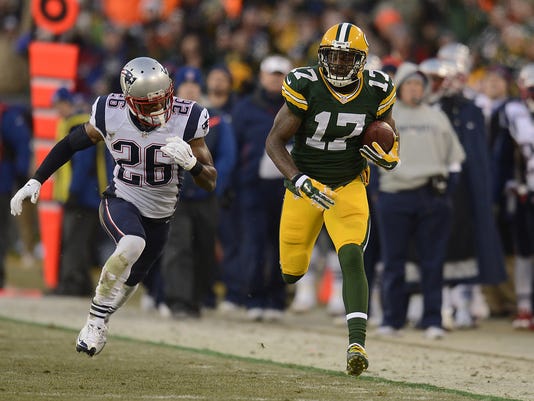 This is a good litmus test​ for the Packers, who haven't played a team as well-rounded as the Patriots this year. Tom Brady won't miss as many targets as Teddy Bridgewater did and Rob Gronkowski will be the defense's ultimate challenge. The Packers must prove they can stand up to it, but they won't get the mulligans they got in Minnesota.

Almost every week, the Packers have a huge edge at quarterback. Not Sunday. The guess here is that the Patriots' power running game (LeGarrette Blount and Jonas Gray) and difficult matchup at tight end (Rob Gronkowski) will outscore Aaron Rodgers and the Packers.

Green Bay isn't merely 5-0 at Lambeau Field this season. At home, the Packers have been dominant. Each win by at least a touchdown. The past four were over before halftime. No, the Packers haven't seen anything this season like Tom Brady and the Patriots. Still, is the quality gap between New England and, say, the Eagles so great? I say no. That, and I really need to make up a game. It happens Sunday.

So far this season, Green Bay has faced only one quarterback the caliber of Tom Brady and only one set of cornerbacks the quality of New England's. They lost both games — at New Orleans and at Seattle. The Packers' only chance is to get out to a lead and force the Patriots to pass the ball to catch up. Playing at Lambeau Field will help, but New England won't be intimidated by the weather.