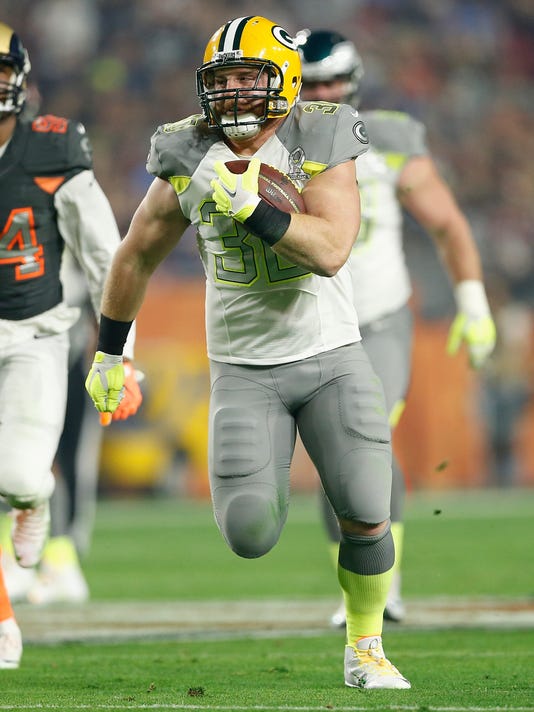 The Green Bay Packers are bringing back John Kuhn for another season.

Although Kuhn could make up to $920,000, he'll count only $635,000 against the 2015 salary cap because of the veteran minimum salary benefit, a measure that was inserted into the 2011 collective bargaining agreement to prevent veterans from being priced out of the NFL.

Kuhn, who'll turn 33 in September, is the second-longest tenured player after quarterback Aaron Rodgers. He's played in 123 of a possible 128 regular-season games since being claimed off waivers from Pittsburgh in 2007. Unsigned free agent cornerback Jarrett Bush joined the Packers in 2006.

The 6-foot, 250-pound Kuhn enjoyed a bit of a resurgence late last season despite playing only about 20 percent of the offense's snaps. He was named first-team All-Pro by the Associated Press for the first time in his career and voted to his second Pro Bowl.

Kuhn has been a fan favorite throughout his time in Green Bay, but it looked like he was being phased out early last season. He played only 56 offensive snaps in his first eight games.

His role expanded as the season progressed and was an important facet of the offense in three-receiver, two-back packages down the stretch, particularly in the pistol formation that was installed after Rodgers injured a hamstring against Tampa Bay in Week 16.

The Packers' no-huddle offense relied on running backs Eddie Lacy and James Starks playing every-down roles, but the value the Packers place in Kuhn's pass protection still was evident with the insertion of two-back formations late in games.

His knowledge of the offense remains his biggest strength. It's one of the prevailing reasons Rodgers stumped for his return this offseason. The coaching staff also felt Kuhn's run blocking improved in his first year under running backs coach Sam Gash.

It hasn't been easy for NFL fullbacks to find work this offseason aside from Jerome Felton, who agreed to a four-year, $9.2 million contract with Buffalo at the start of free agency. There was some outside interest in Kuhn, but he felt returning to Green Bay was in his best interest.

Kuhn will have to make the initial 53-man roster to earn anything other than the $25,000 workout bonus, which will be paid out with his participation in the offseason program.

Kuhn, who had 24 carries for 85 yards and a touchdown last season, is the only fullback on the offseason roster. His return gives coach Mike McCarthy one more season to determine the future of the position in his offense.

McCarthy was coy when asked about the future of the fullback at last month's NFL owners meeting in Phoenix.

"It's not really just a fullback," McCarthy said. "I've always looked at the fullback and tight end position as one. I feel you have to have flexibility and versatility within those two positions. It keeps you in and out of a number of different personnel groups.