Randall Cobb ready to step into No. 1 receiver role after Jordy Nelson's injury. 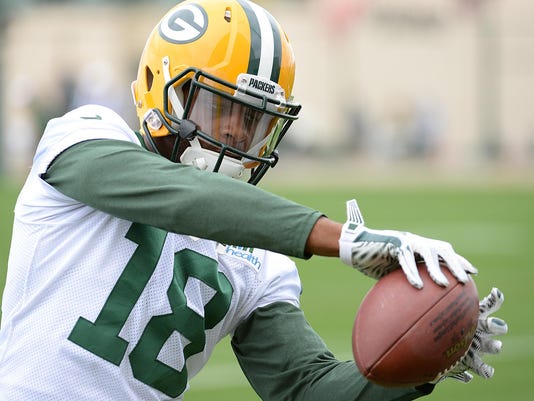 Soon after the dust settled, Jordy Nelson started to realize what his torn anterior cruciate ligament would mean for the Green Bay Packers’ receiving corps this season.

For years, the 5-foot-10, 192-pound Cobb was seen as the little brother in a receivers room filled with veterans such as Donald Driver, Greg Jennings, James Jones and Nelson. In the wake of Nelson’s season-ending knee injury, however, the roles have reversed.

Nelson thought he was fine after injury

It’s now up to Cobb to guide a group that has only one other receiver (Myles White) older than 24.

“We have faith in our young receivers,” Nelson said Tuesday. “I mean it’s weird to think now that Cobb will be the oldest one playing at five years.” 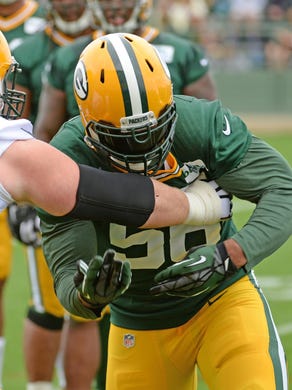 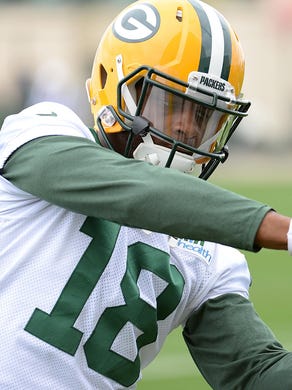 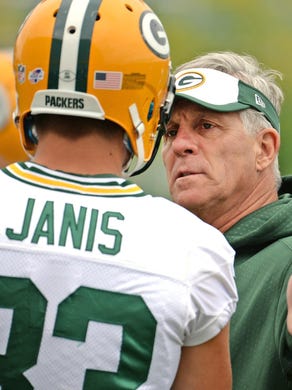 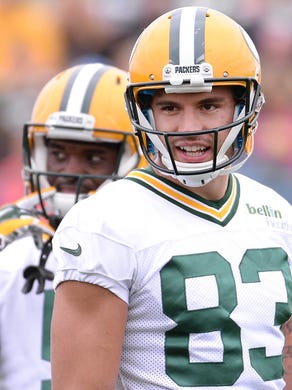 Cobb is fine with the responsibility. The Pro Bowl receiver understands that’s what he signed up for this offseason when he reached a four-year, $40 million agreement to stay in Green Bay. He figured he’d continue to lead alongside Nelson, but things happen.

The one thing everyone in the locker room agrees on is how difficult it will be to fill the void Nelson leaves on the field. He finished in the top 10 among NFL receivers with 98 catches for 1,519 yards and 13 touchdowns in 2014.

The chemistry Nelson has built with quarterback Aaron Rodgers took years to develop. Those type of relationships aren’t forged overnight. His acrobatic sideline catches are something even the NFL’s elite can’t replicate.

“Well first off, you can’t replace Jordy Nelson,” Cobb said. “He’s an unbelievable player, the things he’s been able to accomplish over his career and obviously last season the numbers he put up, it’s going to be really a challenge for us as a group to try to make up where ends meet.”

'Nothing changes' for offense minus Nelson

Cobb undoubtedly will receive more attention from opposing defenses without Nelson on the field. That could mean an extra safety shading him over the top or dropping down into the box. Cobb welcomes the challenge, but is concentrating more on making sure he doesn’t try to do too much.

That’s what plagued him early last season. Before he wound up with 1,287 receiving yards and 12 touchdowns, Cobb struggled during the early part of the season with getting open and catching the ball.

“I don’t think that is an issue,” Cobb said. “I pressed last year in the beginning of the season, and I’m not going to do that again. There’s no need for that. Aaron’s going to do his job, he’s going to get us the ball. It’s my job when I get those opportunities to make things happen.”

The question the Packers will have to answer is how to replace Nelson on the perimeter. They deployed rookie Ty Montgomery in Nelson’s spot with the first-team offense during Tuesday’s practice. Jeff Janis and White also have been working outside with the second-team offense.

Cobb said this offseason he wanted to become a well-rounded receiver who’s able to line up consistently on the perimeter, but his greatest value is gutting defenses in the middle of the field. He went into this season expecting to move around, so Nelson’s injury doesn’t change much in his mind.

The Packers still have Rodgers throwing the football and Eddie Lacy in the backfield. Mixed in with Davante Adams’ maturation, Cobb believes he and the offense will be ready for whatever opposing defenses throw at them.

“Obviously, their coverages are going to be a little different,” Cobb said. “It’s going to be something that I haven’t seen since I’ve been here. I’m prepared for that.

“We’re going to make things work. We’re going to find a way. I know our coaching staff. I trust in them to come up with a game plan and scheme. It’s on us to go out and make the plays and be able to accomplish what we’re trying to accomplish.”

For the first time in his career, Cobb is the unanimous No. 1 receiver in what’s considered to be one of the league’s highest-octane offenses. The Packers still need other options to emerge, but early on it’s likely Cobb will become Rodgers’ go-to weapon.

Things have changed over the past four years. Driver, Jennings and Jones are gone. Nelson will be absent on game days. Now in the role of big brother, Cobb is dedicating this season to Nelson.

“Just another challenge,” Cobb said. “Another way for me to lead. I feel like I’ve been leading before. Obviously having another guy like Jordy being a veteran leader as well, it helps. But when he’s not out there every day, it’s on me to make sure that I’m helping out these young guys and helping them with what I’m seeing from my perspective and on the practice field.”