Stat Pack: Don't put it on the offensive line

According to Pro Football Focus, the line did a decent job protecting Rodgers against the Lions.

Stat Pack: Don't put it on the offensive line 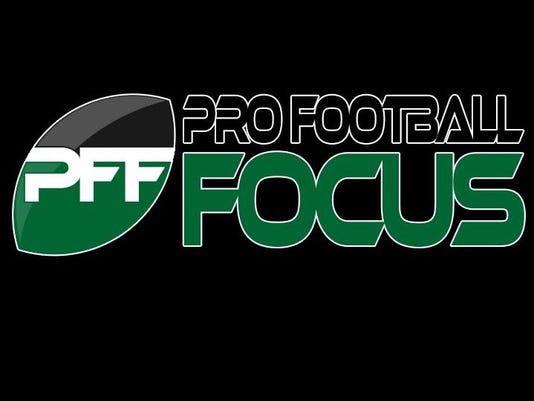 Packers coach Mike McCarthy was critical of the offensive line’s efforts in protecting Aaron Rodgers after Green Bay’s 18-16 loss Sunday to Detroit, saying, “Aaron has been hit way too much three weeks in a row.”

But according to the Pro Football Focus grading system, the line actually did a decent job protecting the quarterback against the Lions.  Rodgers was pressured (hurried, hit or sacked) on only 15 of his 65 dropbacks. That 23% under-pressure rate was well below the 35% league average and was the third lowest across the NFL for Week 10.

Of those 15 pressures, only eight were charged to offensive linemen. One went to Rodgers himself, one to James Starks and five were unblocked pressures where no responsibility was given. There were an additional five pressures that don’t show up in the stats because the plays were negated by penalty. Those “negated” pressures still are counted as negatives in players’ PFF pass-block grade, however, but even after adding those in, all the Packers’ linemen earned positive marks for the week.

Rodgers was sacked three times, but two were pursuit sacks on Rodgers’ scrambles and the third was an unblocked pass rusher on a stunt. 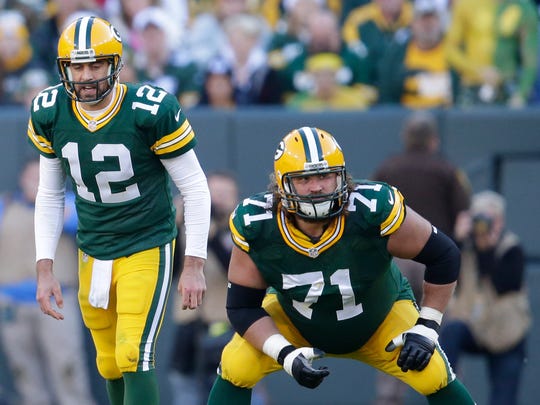