Shields: Calvin Johnson had 'hell of a career'

Shields: Calvin Johnson had 'hell of a career' 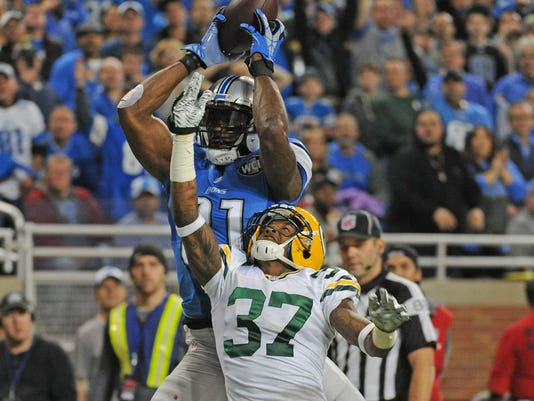 The Packers won't have to face Calvin Johnson and his big-play ability this season against the Lions.(Photo: Jim Matthews/USA TODAY NETWORK-Wisconsin)

“As a player,” Shields said, “this league is tough. A lot of aches and pains and all that. It’s just a guy like that, being able to guard him, it was nice. He had a hell of a career.”

Johnson, a three-time All-Pro and six-time Pro Bowler, retired at the age of 30 despite catching 88 passes for 1,214 yards and nine touchdowns last season. In his career, he caught 731 passes for 11,619 yards and 83 touchdowns.

He cited the rigorous of the league as a reason for early retirement, but Johnson was equally a pain for the Packers. For nine seasons, he was one of the best players in the Packers’ division. Shields faced Johnson twice a year, and he relished those battles.

“A big guy like that,” Shields said, “it was difficult. I had to put a lot of work in to guard him, that week before.”