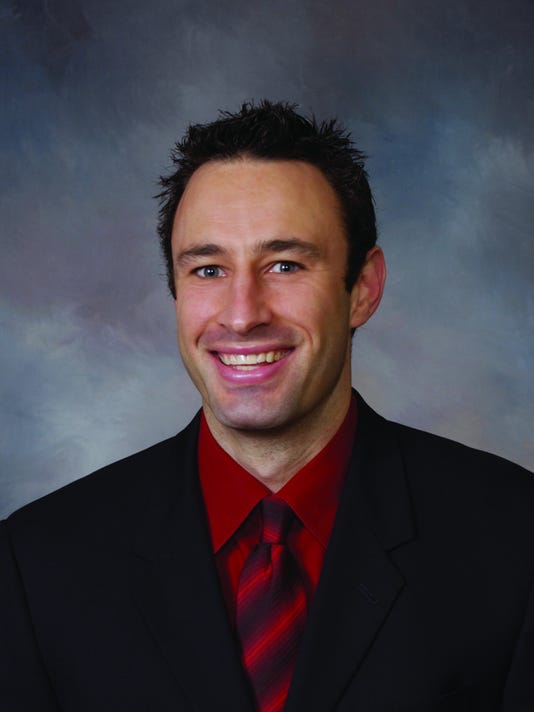 His father, Jerry, has long been regarded as one of the NFL’s premier wide receiver coaches. At 72, he’s in his 45th season of NFL and major-college coaching, currently as wide receivers coach of the Jacksonville Jaguars.

“Probably the most significant time for him was when I was coaching at LSU (1984-’90),” Sullivan’s father said last week. “He’d spent the night at the hotel before every home game. He’d ride in on the players’ bus. Things that other kids dream about. He loved being around it.”

At the same time, the team hired a starting player off its 2010 championship team, safety Charlie Peprah, to the full-time post of scouting assistant.

The Packers denied the Journal Sentinel’s request to interview Sullivan and Peprah for this story.

Thus, Jerry Sullivan agreed to speak for his son in terms of his past and future in personnel work.

RELATED: Can you top Ted? Build your own Packers roster

After spending several years in business, Sullivan told his father he had interest in becoming an NFL scout. Jerry Sullivan contacted his close friend, the late Mark Hatley, who was the Packers’ vice president of football operations under Mike Sherman.

From a multiperson tryout, Sullivan was one of two selected as a scouting intern for training camp in 2003. He was a “gofer” for the Packers at the combine the following February before being hired in July 2004.

Not long after, the Packers assigned Sullivan as their designated scout to National, the larger of the two scouting consortiums servicing NFL clubs.

“As a National scout you find out if you can endure in the business,” Sullivan’s father said. “You go to all these different schools and write up every guy that’s breathin’. He did that for a couple years before they kind of made an area for him because I think a couple other teams were interested in hiring him.”

Sullivan scouted the Central Plains for Green Bay from 2008-'11 before moving to the Southeast in 2012.

“I told him when he got in the business that the NFL is like a small town,” Sullivan’s father said. “You don’t fool many people for very long. You can be a good guy but people judge you by the work you do, and to never forget that. I think he lived by that.”

Thompson called Sullivan “a marvelous evaluator and a grinder.”

One of Sullivan’s friends in the scouting profession said of him, “He’s a worker. He pays very good attention to details and has a good feel for the players. He’s been in that (draft) room and been trained.”

Sullivan, his wife and three daughters plan to relocate from Charlotte, N.C., to Green Bay in a few months.

“You have to see more big picture rather than your own little world,” Jerry Sullivan said of his son’s new job. “Jon-Eric’s been fortunate to have been around a lot of really good people in that organization.”

The playing career for Peprah, 32, ended with the 2012 season after he started one of five games for the Dallas Cowboys.

“After football that’s what he dreamed of doing. Scouting,” said cornerback Sam Shields, one of Peprah’s teammates in 2010-’11. “He says he loves it. He played it. He knows players. He knows the game.”

In 2010, Peprah came off the bench to replace injured Morgan Burnett in Week 5 and started through the Super Bowl. The next season, he took over for injured Nick Collins early in the year and started for a team that finished 15-2.

Peprah lacked size, speed and athleticism but got it done in the classroom and by being a tough guy. He wrung every ounce out of his ability.

“We brought him in and auditioned him,” Thompson said. “Just outstanding. He’s got a very good eye for talent.”

Among Peprah’s duties will be road trips to advance-scout the team’s upcoming opponents.