Packers vs. Colts: 3 storylines to watch

Here’s a preview of what to watch for when the Green Bay Packers host the Indianapolis Colts for a 3:25 pm kickoff Sunday.

Packers vs. Colts: 3 storylines to watch 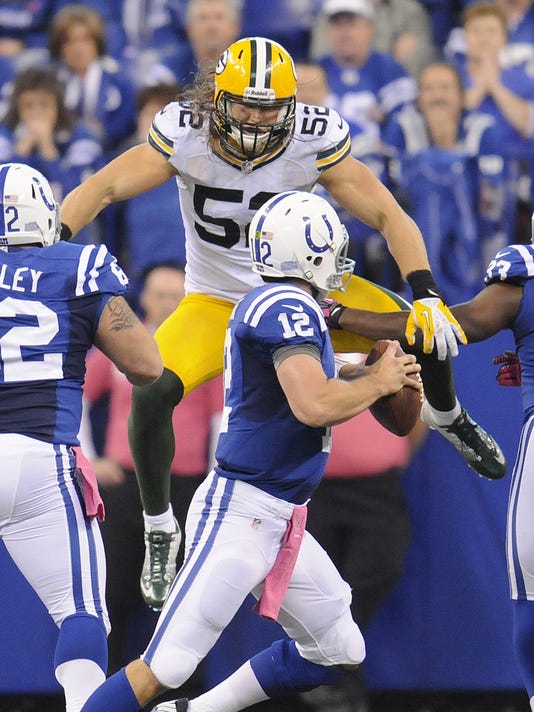 Here’s a preview of what to watch for when the Green Bay Packers host the Indianapolis Colts for a 3:25 pm kickoff Sunday.

1. Can the Packers' defense bounce back against another star quarterback in Andrew Luck?

A lot has been made of the injuries in the Packers' secondary, and for good reason. It’s hard to win when you’re rolling out the bottom of your depth chart as starters. But the NFL is a bottom-line business, and when guys step on the field they are expected to execute and produce.

The Falcons had to settle for field goals early last Sunday, but eventually they found a way to essentially walk up and down the field on Dom Capers' group with Matt Ryan getting the ball out of his hands quickly and finding the matchups he wanted with ease.

MCGINN: Rating the Packers vs. Falcons

Now, defensive coordinator Capers has to get his unit ready to face another top-flight quarterback in Andrew Luck. While the Colts are in the midst of a frustrating season, Luck is arguably playing his best ball, though he is probably coming off his worst game of the season.

Despite that, Capers & Co. are in for a test Sunday.

2. The Packers' pass rushers can get right against the Colts' O-line.

Speaking of Capers, he wasn’t able to use many of his extensive pressure calls against the Falcons because he needed to protect his young secondary. Because of this, he had to depend on his front four to put pressure on the quarterback. The Falcons' offensive line won that battle more often than not.

The Packers' pass rushers should find no such resistance this Sunday. The Colts’ offensive line is a mess, and that’s being charitable. Nothing general manager Ryan Grigson has done the last few years has done much to improve this unit from the sieve it’s been for some time now.

Guys like Nick Perry, Datone Jones and Julius Peppers should find plenty of matchups to capitalize on. If Clay Matthews is able to go after missing the Falcons game with a bad hamstring, that should slam the talent balance hard in the Packers’ favor.

3. Can the Packers' offense continue to live by spreading things out with their young receivers?

Over the last six quarters of play, the Packers seemingly have found a formula that works for them on offense: Spread things out and let Aaron Rodgers go to work.

It’s not quite as simple as that, of course, but Mike McCarthy has done a fantastic job of adapting to the personnel issues he has been saddled with in his offensive backfield. Using Randall Cobb, Ty Montgomery and now Davante Adams next to Rodgers as makeshift running backs, the short passing game as an extension of the running game (really, it’s a substitution more than an extension) coupled with using newcomers like Geronimo Allison and Trevor Davis on the perimeter has meant Rodgers hasn’t needed to force things to Jordy Nelson the way he may have in the past.

The offensive line will need to keep Colts defensive lineman Robert Mathis at bay. Mathis is playing excellent football and could single-handedly wreck plays with quick pressure. But if Rodgers gets a clean pocket Sunday, he should be able to continue firing the ball all over the field and get the ball in the hands of his playmakers.