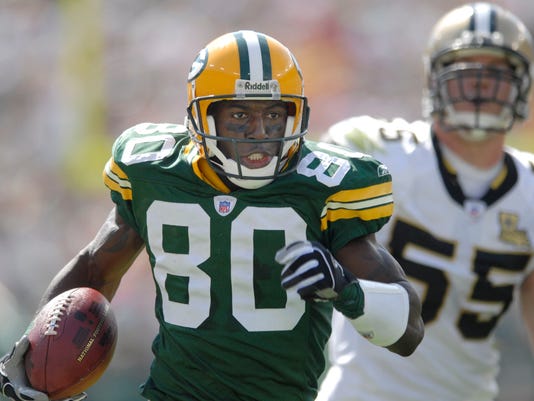 Naming Green Bay all-time leading receiver Donald Driver to the Packers Hall of Fame was a no-brainer, but for cornerback Mark Lee, it is recognition of a good player on mediocre teams.

Driver and Lee will be inducted into the Green Bay Packers Hall of Fame in July, the team said Tuesday.

Driver's numbers speak for themselves. He is the Packers’ all-time receptions leader with 743 catches. His 205 games played for the Packers over 14 seasons (1999-2012) is second-most in franchise history behind Brett Favre’s 255. Driver compiled a franchise-best 10,137 receiving yards and scored 62 touchdowns. The four-time Pro Bowl selection caught a pass in 133 consecutive games and had nine straight seasons with 50 or more receptions.

"That kind of told the story that he had all the qualifications to be in the Hall of Fame," said Denny Tattum, Hall of Fame vice president. "That's not even looking at all the stuff he did off the field."

This is the first year of Driver's eligibility. He will be eligible for the Pro Football Hall of Fame in Canton, Ohio, in 2018.

Lee ranks second among Packers cornerbacks and eighth overall with 31 career interceptions. During his 11 seasons in Green Bay (1980-90) he had 104 passes defensed, nine forced fumbles and seven fumble recoveries in 157 games. He was the team's leading kick and punt returner early in his career, during which the Packers had two winning seasons (one strike-shortened) and four .500 years.

"The thing about Mark Lee that came out more than anything else was the word 'dependability,'" Tattum said. "The selection committee ... recognized the talent and true ability that Mark Lee had as a defensive back. They talked about his durability and his leadership."

The 47th Hall of Fame Induction Banquet will be July 22, 2017 in the Lambeau Field Atrium. Ticket information is being finalized and will be available soon at www.packershalloffame.com. 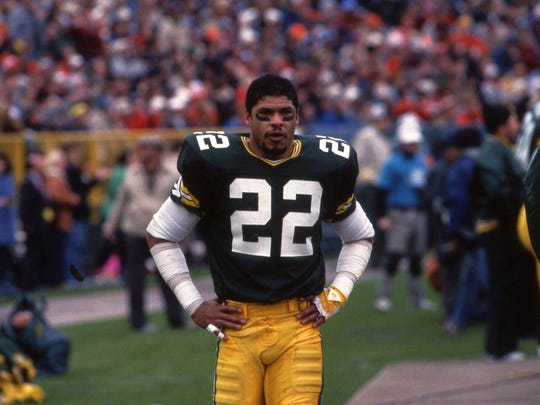 Green Bay Packers cornerback Mark Lee (22) stands on the sideline during a game against the Chicago Bears at Lambeau Field on Nov. 3, 1985. Lee will be inducted into the Green Bay Packers Hall of Fame in July. (Photo: File/USA TODAY NETWORK-Wisconsin)