Welcome to your game day Morning Buzz, rounding up news and views regarding the Packers.

Welcome to your game-day Morning Buzz, rounding up news and views regarding the Green Bay Packers from around the web and here at PackersNews.com. Grab a cup of coffee (or brew some tea, if that’s your thing) and get caught up on everything you need to know about the Packers.

As always on game day, the best place to start your morning is with Bob McGinn’s game preview.

The Packers will be facing another in a succession of opponents that is no better than they are. They’ve lost four of these games in a row because they generally start slow and aren’t playing to their potential. The Packers haven’t played a complete game since beating Seattle in September 2015, which was 27 games ago. Isn’t it about time for another?

Michael Cohen does a deep dive on the bevy of three-and-outs that are killing the Packers' offense.

Our Eric Goska takes a look at the dominance the Eagles have exhibited at Lincoln Financial Field.

The Packers put together a hype reel for tonight’s game:

"Confident in our guys & confident we'll respond on Monday."#GBvsPHI#GoPackGopic.twitter.com/nAHlg9B3DS

A familiar face leads the league in interceptions:

For as bad as the #Packers corner situation is, the safeties are just as underwhelming.Coverage busts, misdiagnosed route combos...not good.

How will the Eagles go about defending Aaron Rodgers?

Even in down year, Packers' Aaron Rodgers remains dangerous. How should #Eagles defense the QB? @ZBerm: https://t.co/yKBVO75kR7

The Philly Voice takes a look at how tonight’s game fits into the rest of the Eagles' season:

The Packers need to win tonight to save their season. The last time they were in Philadelphia, they started a pretty special run: 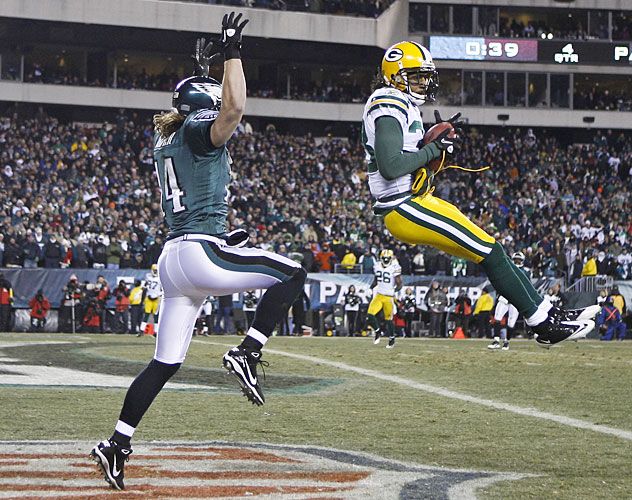 Here are our predictions for tonight’s game:

#Packers-#Eagles game preview and predictions: See which two of our guys like Green Bay's chances in Philadelphia https://t.co/wiWVNoju5c