The Green Bay Packers made the biggest jump of any team in the USA TODAY NFL Power Rankings. 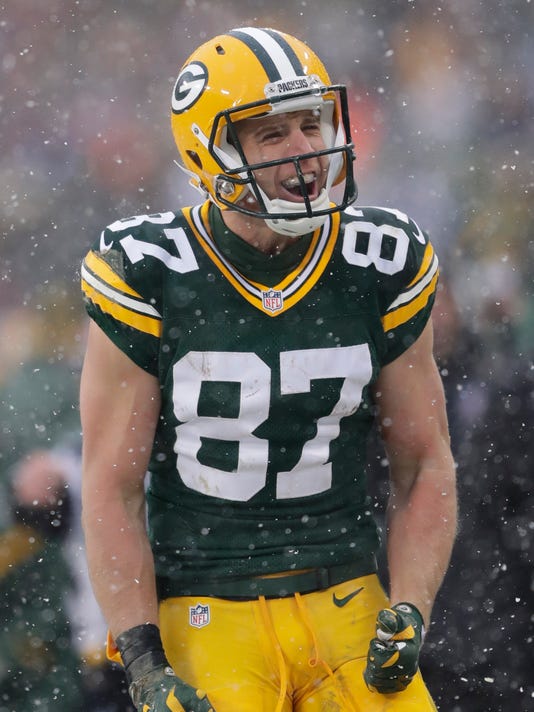 After their victory over the Houston Texans on Sunday, the Green Bay Packers made the biggest jump of any team in the USA TODAY NFL Power Rankings, rising seven spots. They enter Week 14 at No. 15.

Green Bay is preparing to face the Seattle Seahawks, who find themselves at No. 2 following their dismantling of the Carolina Panthers on Sunday night.

And the rankings had this to say about Seattle:

Earl Thomas' absence could be just as big for Seattle as Gronk's is for Pats. But producing 534 yards provides hope offense can compensate.

Elsewhere around the web, ESPN has the Packers jumping 13 spots, up to number 11.

If James Starks doesn't get going, there's a real chance QB Aaron Rodgers could lead the Packers in rushing this season (59 yards shy of Eddie Lacy). He's using his legs to run and buy time, as he has 10 passing touchdowns from outside the pocket. He'll be running from the Seahawks' pass rush this Sunday.

Over at NFL.com, Elliot Harrison raises the Packers three spots to No. 14.

Football feels like football when it snows in Green Bay, especially with the storied rivalry between the Texans and Packers as the centerpiece. Well, maybe not the last part. What's relevant here is A) Aaron Rodgers can throw a snow ball, and B) Green Bay continues to apply pressure to the NFC North-leading Lions. Right now, the Cheeseheads need to keep winning and hope the Lions lose to at least one of their next three opponents: the Bears, Giants and Cowboys. The latter two of those three are on the road. Very possible, although there is something different about this Lions team. #Stafford

The Packers' victory over the Texans didn’t get the Packers anything in Pete Prisco’s power rankings. They stay at No. 21 this week.

At 6-6, they are still in the race. But they have to likely win three of their last four or maybe even four of four.