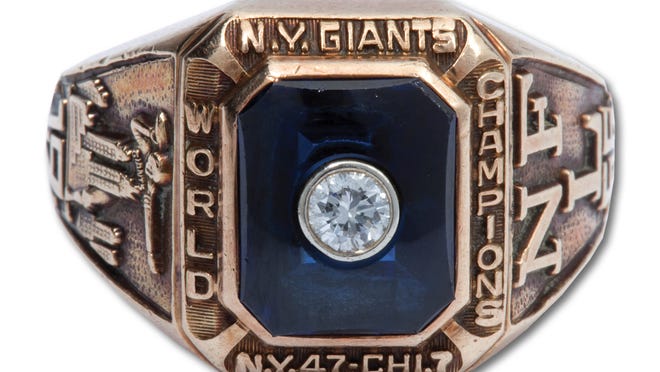 The top seller was Vince Lombardi's 1956 New York Giants World Championship ring, which sold for $50,131. Lombardi was the Giants' offensive coordinator before becoming head coach of the Green Bay Packers in 1959.

"The auction did well overall and the final tally of the Lombardi Collection came in higher than expected," said Terry Melia of SCP Auctions. "The two items that far exceeded expectations were the Patek Philippe wristwatch and the JFK telegram. Combined, they brought in $30,000 more than we originally estimated. These were all outstanding final prices realized."

The items were put up for sale by Vince Lombardi Jr., who said they were in a safe deposit box "collecting dust."

“With exception of the Giants championship ring, it didn’t mean much to me,” Lombardi Jr. said before the auction. “I don’t really have any emotional attachment to them, except for the Giants ring. I was a water boy and ball boy for all that time.”

The online auction concluded on Jan. 21. The results were: