Later rounds have yielded a few gems in NFL draft

The Packers have eight draft picks this year, including seven in Rounds 2-7. How might those picks in those exact spots pan out? Here’s a recent history:

Later rounds have yielded a few gems in NFL draft 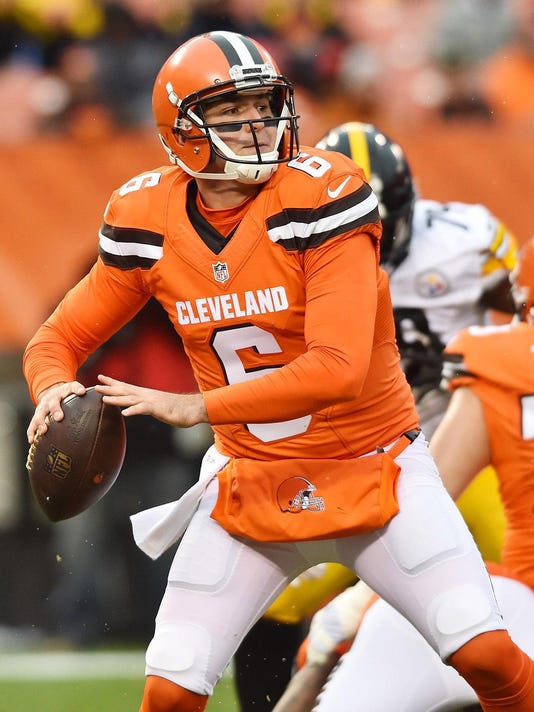 We know the first round of the NFL draft features as many misses as hits.

For every Clay Matthews, there’s a Justin Harrell. For each Aaron Rodgers, there’s an Ahmad Carroll or Derek Sherrod.

The Green Bay Packers hold the 29th overall pick this year, and as Packer Plus outlined recently, eight of the last 20 players taken in that spot fall into the category of either “elite” or “quality starter.”

But what about deeper down in the draft? A general manager like Green Bay’s Ted Thompson — who rarely plays the free-agency game — must hit on a handful of picks outside the first round each year.

Packer Plus examines the players taken at those spots over the past five years, and how likely it is for Thompson to find help from those spots.

Analysis: The average second-round draft pick that retired between 1990-2013 enjoyed a seven-year career. And this group appears to be headed to solid things, as well. Robinson has been the best of the bunch, with 201 receptions and 22 touchdowns in his first three seasons. Lacy’s first two seasons in Green Bay were outstanding, before injuries limited him to 20 games over the last two years. Marpet has started from Day 1 in Tampa Bay, while Bell had a strong rookie season in 2016 with 14 starts and 87 tackles. James has been the only total disappointment in the group, lasting just more than three seasons in the league.

Analysis: The best of the bunch has been Linder, who moved to center and has been the Jaguars’ top offensive lineman. The Browns are high on Kessler, who would be their No. 1 quarterback if the 2017 season began today. Thompson was a valuable reserve for the Bengals before tearing his ACL and missing the entire 2016 season. Anderson has made 11 starts in two years and has had little impact for the Colts. Davis lasted just one year in Miami, was traded to the Ravens, and was then released last season. Based on recent history, Thompson should be able to find immediate help from this spot.

Analysis: Overall, this group has failed to impress. Glowinski started all 16 games in 2016 for one of the poorest offensive lines in football. Dixon showed flashes as a rookie, but has been suspended four games for PED use. Urban has just 21 tackles in two seasons, while Commings played in only two games for the Chiefs and has been out of football for three years. Childs never caught an NFL pass and was playing in the CFL by the 2014 season.

Analysis: Lane has been the top performer among this group, moving into the starting lineup in 2016 and signing a four-year contract extension. Alexander has developed into a special teams standout and reached the Pro Bowl in 2016. Higgins had six catches during a quiet rookie season. Kasa had just one career catch, while Staten has been waived by five teams and never played in an NFL game.

Analysis: The odds of finding help here are long, and this group is certainly proof of that. Barner, now a member of the Los Angeles Chargers, is on his third NFL team. Exum, a reserve safety, spent 2016 on the injured reserve list, but remains on the Vikings’ roster. Gray spent three years in Kansas City and is currently out of the NFL. Reynolds spent most of 2016 on the Baltimore Ravens’ practice squad. Mitchel has yet to play in an NFL game, but finished 2016 on the Colts’ practice squad.

Analysis: Good luck finding help down here. Chickillo has been the rare sixth-round draft pick that makes an impact, posting 2 1/2 sacks and forcing two fumbles in 2016. Flowers has just 11 tackles in three seasons in Cincinnati, while Frazier played primarily special teams during his rookie season in Dallas. Kruger was on the practice squad in four NFL cities — including Green Bay — but never played an NFL snap. Smith played in just one NFL game, but never had a carry from scrimmage.

Analysis: Roberts was waived during his first summer in New England, but has seemingly found a home with the New York Jets. Dowling is on his third team and coming off a torn ACL, but is hanging on for the time being with Buffalo. Brooks is already on his fourth NFL team, while Anthony was given a look by five NFL teams before he wound up in the CFL. Smelley caught just one pass while playing for four teams.