Welcome to your Morning Buzz, rounding up news and views regarding the Green Bay Packers 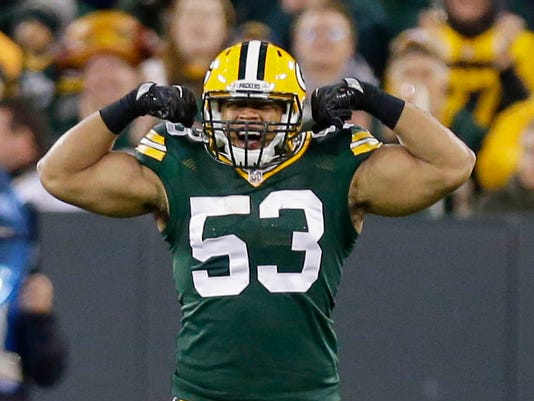 Welcome to your Morning Buzz, rounding up news and views regarding the Green Bay Packers and the NFL from around the web and here at PackersNews.com. Grab a strong cup of coffee, or brew some English breakfast tea if that’s your thing, and get caught up on everything you need to know about the Packers.

Obviously, the big news overnight was the release of the Packers' regular-season schedule.

Tom Silverstein has a great overview of how the schedule sets up and how favorable it is compared to last seasons slate.

The NFL released the full regular-season schedule Thursday and the Packers should have little to complain about.

» They open at home (against the Seattle Seahawks) for the first time since 2012.

» Their bye week comes right in the middle of the season.

» They play only one Thursday night game and it’s at home against Chicago.

» Eight of their games are at their preferred start time of noon (subject to flexible scheduling).

Unlike a year ago when they played their final two exhibition games and first two regular-season games on the road, the Packers will be at Lambeau Field four out of five weeks spanning the final exhibition game through Week 4 of the regular season.

I chatted with readers about the schedule and and everything Packers over on our Facebook page after the schedule came out last night.

Just about every team in the league needs at least one starting offensive lineman. https://t.co/a9c4LhXDvu

Be sure to check out Bob’s offensive line rankings as well.

Our Rich Ryman has local reaction to the release of the schedule:

Fans, businesses react to #Packers 2017 schedule. He's the good and bad of it. Sure we'll find more as we study it.https://t.co/Ze5qnYhZcOpic.twitter.com/8sPgyfxM2a

Packer Plus has Rob Reischel asking 5 questions the Packers face prior to next week’s draft.

Elsewhere, the NFL is already pumping up the rematch between Julio Jones and the Packers secondary:

The team’s website takes a game-by-game look at the schedule:

Take a game-by-game look at the 2017 #Packers schedule! #GoPackGopic.twitter.com/9KngC5LqLf

ACME Packing Company looks at the youth needing to step up at OLB:

A group of Packers were at the Bucks playoff game in Milwaukee on Thursday night:

Packers fans seem confident in their early predictions after the schedule release:

Others don’t need a schedule to give theirs:

LeRoy Butler is still stumping for a certain trade:

Week 1 vs. SEATTLE at Lambeau?? Lacy coming back to Green Bay. Now packers just need to trade for SHERMAN too! Make it happen!

The Hall of Fame productions team was on site at Lambeau Field for a behind the scenes look at the @packers Hall of Fame. pic.twitter.com/6f8hw95hCb

We catch up with @BrianCarriveau of the Railbird Central Podcast ahead of the NFL Draft. https://t.co/1h3SNDXm9C

This is an incredible inside look at how the NFL schedule was put together:

.@SI_PeterKing on how the NFL schedule was made. It wasn't decided until a computer in Europe spit out option 52,129https://t.co/zPXZDCu2Qw