Judge Robert J. Parins, was elected team president in 1982, 16 years after he was voted onto the Packers’ board of directors 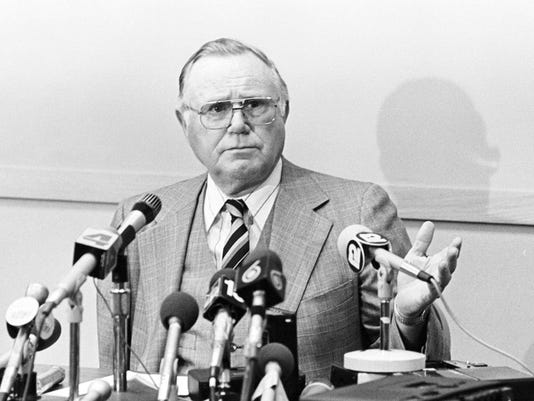 GREEN BAY - Judge Robert J. Parins, the Green Bay Packers’ first full-time president, died Friday according to a statement from the team. He was 98.

Parins was elected team president in 1982, 16 years after he was voted onto the Packers’ board of directors. He had been elected vice president upon joining the executive committee in 1979 and, after becoming president, received the additional title of CEO in 1988.

Named a director emeritus in 1994 after serving on the board of directors for 28 years, Parins was inducted into the Packers Hall of Fame in 1998.

“Judge Parins was an excellent leader of the Packers, creating the foundation for the team’s successful organizational structure,” Packers President and CEO Mark Murphy said in a statement. “He had exceptional foresight to establish the board’s committees, build Lambeau Field’s first suites and begin the Packers Foundation, which is a tremendous legacy of his.

“His contributions during his time as president, board member and director emeritus over the course of 50 years were transformative, and we are extremely grateful for his dedication. Our condolences go out to his wife, Elizabeth, and the rest of his family.”

Bob Harlan was chosen by Parins to be his successor upon his retirement in June 1989.

“He showed great leadership when he took over the organization at a difficult time,” Harlan said in a statement. “He saw how the NFL was changing and how the Packers needed to change and expand our operations to be competitive and ultimately succeed. He really started a new era for us.”