Letroy Guion smelled of alcohol and marijuana, stumbled when he walked and spoke with slurred speech when police pulled him over in Hawaii. 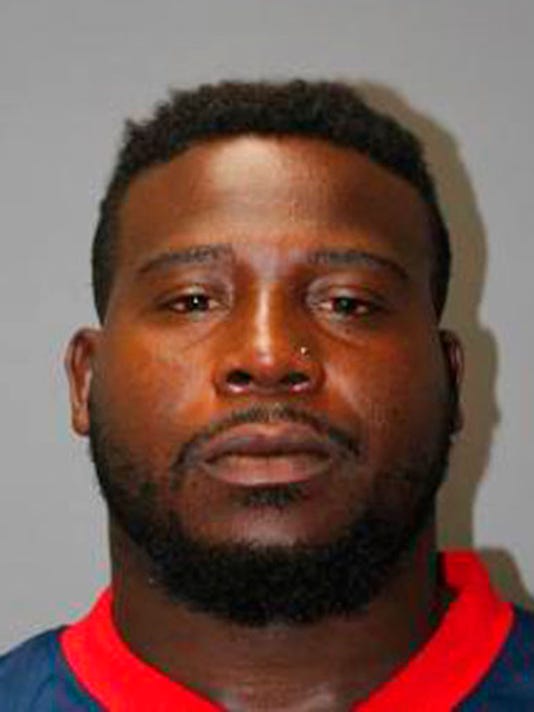 This file photo provided by the Honolulu Police Department shows Green Bay Packers defensive lineman Letroy Guion after an arrest in Waikiki on June 21, 2017. Records obtained Thursday, June 29, 2017, by The Associated Press show Guion smelled of alcohol and marijuana, stumbled and spoke with slurred speech when he was arrested for driving a Porsche. The report says his blood alcohol level was 0.086 percent and he told an officer, "Please sir, it's my birthday."(Photo: (Honolulu Police Department via AP, File))

HONOLULU - Green Bay Packers defensive lineman Letroy Guion smelled of alcohol and marijuana, stumbled when he walked and spoke with slurred speech when police pulled him over in a Porsche in Hawaii, according to arrest records obtained by The Associated Press Thursday.

His blood alcohol level was O.086 percent about an hour after his early morning June 21 arrest for intoxicated driving in Waikiki, according to a police report.

“’Please sir, it’s my birthday,’” he told an officer, according to the records. “’I can have someone else drive.’”

Guion was pulled over while driving a white 2017 Porsche Cayenne because he was drifting between lanes, the report said.

“’I know I’m drunk,’” he told the officer in the records. “’I’ve been drinking Hennessy all night. I don’t drink any of that weak stuff, only the hard stuff.’”

He then tossed his wallet to his girlfriend who was riding in the passenger seat and asked if she could bail him out of jail.

His agent, Seth Katz, declined to comment Thursday. He said previously that Guion was on vacation in Hawaii. The Honolulu attorney listed in records as representing Guion didn’t immediately return a phone call seeking comment.

Guion had been on his way to his hotel after going to Playbar, a Waikiki nightclub, he told an officer.

Guion consented to a breath test but refused a blood test, according to the records. He surrendered his Wisconsin driver’s license and was given a temporary permit. He was released after posting $500 bail.

He was suspended without pay by the NFL for the first four games of the 2017 season for violating the league’s policy on performance-enhancing drugs.