A look at the quarterbacks who have been inducted into the Packers Hall of Fame. 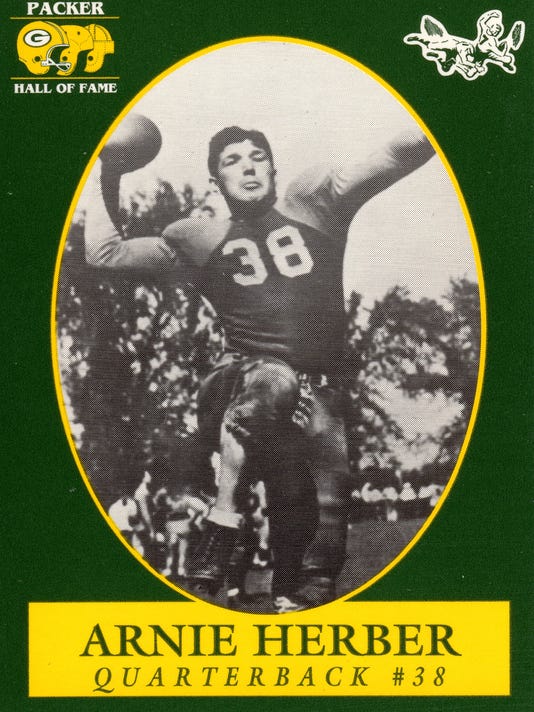 A Green Bay native and high school star, Arnie Herber once sold programs and worked in the Packer training facilities. At age 20, he signed a Packer contract.

Coach Curly Lambeau called Herber the greatest long passer he’d ever seen. Playing in a day when passers faced vicious blows even after they released the ball. Herber was known for his cool demeanor on the field.

Herber could punt, run and catch passes but her was best known for his arm strength.

In 1931, the Packers filmed a movie short in California after the season. A director asked Herber to throw a football 50 yards downfield to break a three-foot square pane of glass suspended between the goal posts. Herber broke the glass twice – once before the skeptical director was ready to roll and again on the first take.

On September 22, 1935, a legendary passing tandem was born. On the first play versus the Chicago Bears at City Stadium, Herber fired a pass to rookie end Don Hutson who ran untouched for an 83-yard touchdown as the Packers won 7-0. Later that season, down 14-3 at Wrigley Field in the 4th quarter, two Herber to Hutson touchdown passes beat the Bears 17-14.

Herber often broke the hearts of Packer opponents as he completed 410 passes for more than 6,700 yards and 64 touchdowns as a Packer from 1930-’40.

Herber returned to play after three years in retirement. He led the New York Giants to the NFL championship in 1944 where they lost to the Packers, 14-7. He threw 15 more touchdowns as a Giant. 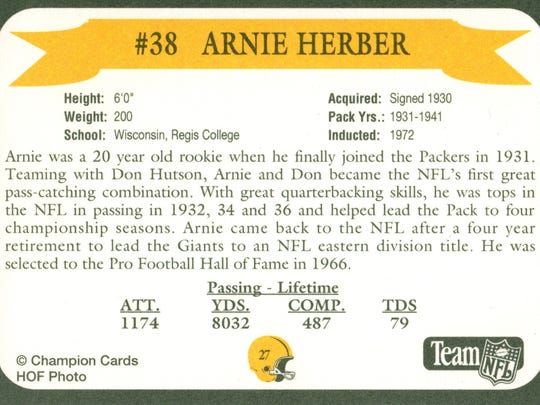