The streak many defenders saw pass by them on autumn afternoons in the 1950s was Billy Howton. The former Rice University speedster burst onto the NFL scene in 1952 snaring 53 passes.

Traded to Cleveland in 1959 for Lew Carpenter and Bill Quinlan, he played there one season, then played with the Dallas Cowboys from 1960-’63. 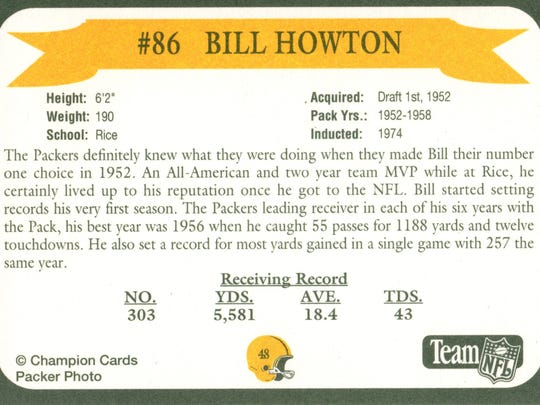