In 1972, Chester Marcol remedied a problem that had nagged the Packers since Don Chandler’s retirement following the 1967 season. Marcol became the leading Packer scorer from 1972-’74, 1976-’77 and in ‘79. He led the league in scoring his rookie season and again in 1974.

In the opening game of the 1980 season, he ran for his only touchdown on a blocked field goal to beat the Bears in overtime 12-6. 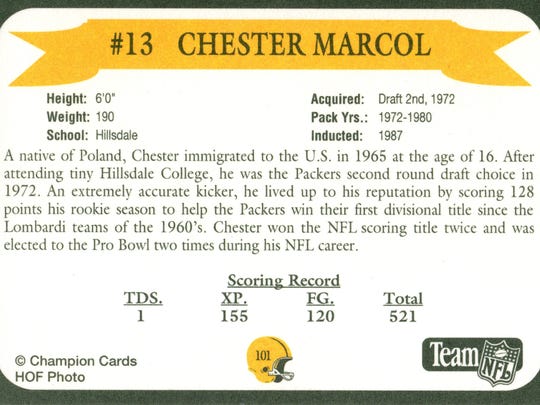