The guys at PackersNews.com give their predictions for Saturday night's game between the Minnesota Vikings and the Green Bay Packers. 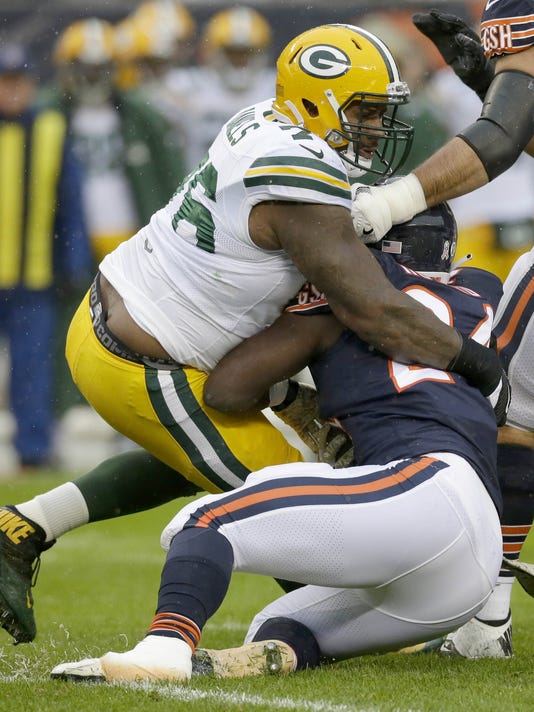 For the first time, Daniels was selected as a first alternate this season. The veteran defensive tackle had been a second alternate the past couple years.

“To progress to the first team (alternate),” Daniels said, “definitely shows the respect that I’ve been getting around the NFL, especially to be a first alternate with the season we’ve had. It just goes to show how my peers and how the coaches view me.”

The Packers were one of two NFC teams without a Pro Bowler, joining the Chicago Bears. If no alternates are promoted to the Pro Bowl roster, it would be the first time since 2005 the Packers did not have a player participate in the Pro Bowl.

Daniels is a defensive tackle alternate in the NFC behind Los Angeles’ Aaron Donald, Philadelphia’s Fletcher Cox and Tampa Bay’s Gerald McCoy. That’s a trio of top-13 overall picks Daniels, a fourth-rounder in 2012, finds himself behind.

“There’s a lot of good guys down in that inside position,” Packers defensive line coach Mike Trgovac said. “… I think Mike gets most of his recognition from the people that he plays against. Because when you play against him, you have to bring a full day’s work. Because he’s going to give you a full day’s work in there. I think that’s where he gets a lot of his recognition in there.

McCoy missed last week’s game with a biceps injury, and perhaps that could open a door for Daniels to be on the roster. Even if it doesn’t, Daniels said he believes being a first alternate means he’s getting closer to his goal.

“It’s progress,” Daniels said. “Especially, unfortunately the reputation of our defense, a lot of people will hold that against guys. You look at someone like Blake Martinez, who wasn’t even an alternate, played out of his mind this year.

“We’ve just got to do better as a whole. That way, everybody will get the recognition they deserve.”

Kerridge returns: Fullback Joe Kerridge, who was released Tuesday as part of the roster shuffle that sent quarterback Aaron Rodgers back to injured reserve, was re-signed to the Packers' practice squad.

Kerridge played in eight regular-season and one postseason games for Green Bay last season. He was put on injured reserve Sept. 2 and later released. He was re-signed to the practice squad Oct. 30 and promoted to the active roster on Nov. 18.