Over time, former Packers GM Ted Thompson’s legacy will be more about eight straight playoff appearances and less about the “silos” he created. 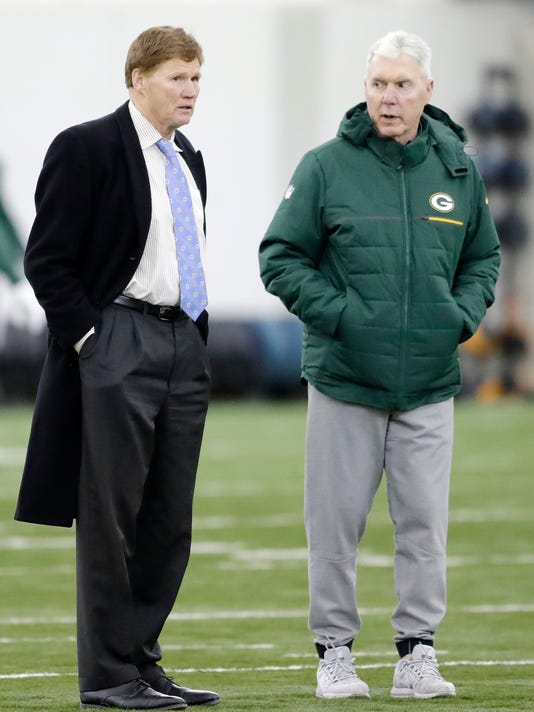 GREEN BAY – As the sun sets on Ted Thompson’s career with the Green Bay Packers, it has become almost obligatory to mention what ways the erstwhile general manager failed the organization.

Over the past few years, communication between coaching, personnel and the front office became fractured and the three departments became “silos”, as president/CEO Mark Murphy described it in his news conference announcing his new management structure last week.

There’s no question that Thompson’s ability to handle his vast duties as head of the entire football operation waned in his later years and it was time to challenge comfortable methods and inject some new energy into the building.

But Thompson didn’t leave the place as bad as some contend.

The Packers are the Tampa Bay Buccaneers of the mid-to-late 90’s under head coach Tony Dungy. They need something to push them beyond being a solid playoff team.

From 1996-01, Dungy’s teams went 54-42 in the regular season, made the playoffs four out of six seasons and won a pair of playoff games. Dungy was fired after going 9-7 and losing to Philadelphia for the second straight season in the wild-card round.

PODCAST:Inside the search for the new Packers GM

The Glazer family felt it had gone as far as it could with Dungy and manufactured a trade with the Oakland Raiders for coach Jon Gruden. In his first season, Gruden went 12-4 and beat his old team in Super Bowl XXXVII, proving to the Glazers they were right all along.

But everybody knew that Dungy had built the team that Gruden guided to a championship and the years that followed (two playoff appearances in the next six seasons, both one-and-done) proved just how critical he was to winning the organization’s only Super Bowl.

Thompson very well may be remembered the same way.

He already has a Super Bowl title on his resume and for that and his .600 winning percentage over 13 seasons – just under Ron Wolf’s .639 – the Packers owe him a debt of gratitude. Over time, Thompson’s legacy will be more about eight straight playoff appearances and less about the “silos” he created.

As Thompson’s successor, Brian Gutekunst inherits a much better team than Wolf or Thompson did when they became general manager. The 7-9 record the Packers managed in 2017 came with quarterback Aaron Rodgers sidelined seven starts with a broken collarbone.

As bad as the Packers were with floundering backup Brett Hundley and Dom Capers’ broken defense, it’s not that hard picturing them a much better team next season.

Yes, it would help if Gutekunst could have the kind of draft New Orleans Saints assistant general manager Jeff Ireland had last season, plucking the likely offensive and defensive rookies of the year (Alvin Kamara and Marshon Lattimore), a starting right tackle (Ryan Ramczyk) and a starting safety (Marcus Williams) with his first four picks (all in the top 67).

The Packers will have three picks in the first 76 and possibly four in the top 100 depending on how compensatory picks shake out. Gutekunst can push the Packers into Super Bowl contention with a draft like that.

But what really should determine the Packers’ season – and their near future – are Thompson’s last two draft classes.

A look back at Wolf’s final years shows what kind of imprint Thompson can leave.

Wolf gambled with three cornerbacks at the top of his draft in ’99 and got something on the field from only one of them, but he came back with a 2000 draft that landed tight end Bubba Franks, left tackle Chad Clifton, linebacker Na’il Diggs, end Kabeer Gbaja-Biamila and right tackle Mark Tauscher.

His final draft was a dud, but that ’00 class set up the franchise with starters at five vital positions, all of whom carried over into the Thompson era.

Thompson gambled with two corners at the top of his ’15 draft and suffered the consequences of their slow development, but in ’16 he landed nose tackle Kenny Clark, tackle Jason Spriggs, outside linebacker Kyler Fackrell, inside linebacker Blake Martinez, defensive end Dean Lowry, receiver/returner Trevor Davis and tackle/guard Kyle Murphy.

Every single one should be on the roster next season and Clark and Martinez will be part of the core around which new defensive coordinator Mike Pettine will build.

But King looked the part of an NFL starter and played as long as he could one-armed, Adams and Biegel made it through the season without a problem after having their injuries surgically repaired and Aaron Jones was a dynamic starter and may be able to overcome his knee issues with an offseason of leg-strengthening.

None of the above is close to being guaranteed, but just as they did over the course of his career, Thompson’s drafts, taken in their sum, continually have kept the Packers competitive.

As much credit as Rodgers deserves for his excellence, he hasn’t done it all alone.

He isn’t wearing a ring if cornerback Tramon Williams doesn’t pick off Philadelphia’s Michael Vick in the end zone with 36 seconds left in a wild-card game or nose tackle B.J. Raji doesn’t pick off Chicago’s Caleb Hanie and return it for a touchdown in the NFC Championship game or safety Nick Collins doesn’t return a Ben Roethlisberger interception for a touchdown and Clay Matthews doesn't force a key fumble against Pittsburgh in Super Bowl XLV.

Every one of those aforementioned Packers were brought in by Thompson.

It might be true that Thompson would have won another Super Bowl or two had he played around in free agency or spent more on a few of his own free agents, but he continually kept the Packers on the doorstep of the Super Bowl, just like Dungy kept the Buccaneers in contention during his tenure in Tampa Bay.

Years ago, building through the draft provided enough talent to get you to the Super Bowl, provided you had a franchise quarterback, weren’t devastated by injury and got on a roll at the end of the season.

But injuries have become such a big part of the game and defenses have become so complex, you can’t win with a half dozen or so players never contributing because they’re not ready to play or are being stashed for the future. Thompson forgot that a tenet of Wolf’s system was to never be satisfied with your roster.

Now Gutekunst has a chance to change that.

But he’s not starting from nothing. His job is to build on the foundation that Thompson created. And he, Murphy and coach Mike McCarthy never should lose sight of the opportunity they’re being given.

Gruden cashed in on it. They must also.