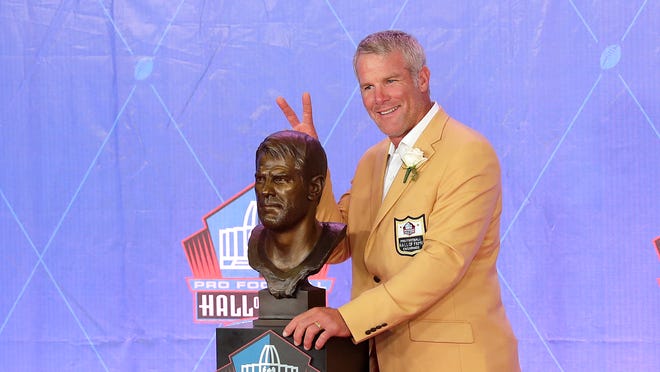 On a football field, there was nothing Brett Favre couldn't do. That generational talent doesn't seem to extend to the broadcasting booth, however.

The New York Post reported that the former Green Bay Packers quarterback, a member of the Pro Football Hall of Fame and three-time NFL Most Valuable Player, was recently in New York to audition for the "Monday Night Football" analyst role left vacant when Jon Gruden jumped back onto the sidelines as head coach of the Oakland Raiders.

Andrew Marchand wrote that it's unclear if Favre even wanted the job.

After striking out on Peyton Manning for “Monday Night Football,” ESPN has considered big names, like Brett Favre, and not as big, like Booger McFarland, while holding auditions as if it were “American Idol.”

Favre recently came in for one of the auditions, according to sources. Though it was unclear if Favre would even want the job, sources said he was not great during the tryout and has been told he is no longer under consideration. Favre’s agent, Bus Cook, did not return a call. ESPN declined comment.

Favre likely would have been able to demand the same type of salary as Jon Gruden. ESPN was prepared to offer Manning the same $6.5 million salary as Gruden with possibly even a little room for negotiation, according to sources.

Later Tuesday, Favre confirmed the meeting in a tweet, adding that he wasn't sure whether he wanted to pursue broadcasting work.

Outside of the rare in-game interview when he has popped into a broadcast booth to be interviewed, Favre has little to no history as a broadcaster. Known as a great storyteller, but one who tends to ramble, it's maybe not surprising that Favre didn't shine in a role that requires short, concise explanations of fast-moving action.