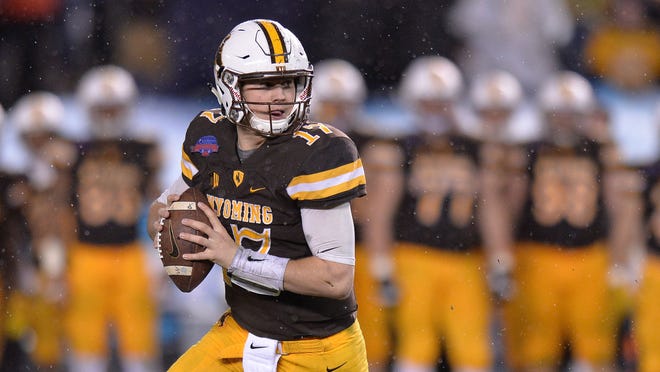 With a little over a week remaining until the 2018 NFL Draft, draft experts are finalizing their big boards and putting out some of their final evaluations for this year’s prospects.

Oh, and they’re churning out those mock drafts.

Who do the experts see the Packers selecting in the first round next Thursday night? We took a spin around the Internet to get you all the latest.

First up is the latest USA Today Sports mock, which sees Michael Middlehurst-Schwartz having the Packers grab Alabama defensive back Minkah Fitzpatrick:

New defensive coordinator Mike Pettine places a premium on keeping quarterbacks on their toes with a wide range of different looks, and Fitzpatrick is the kind of versatile piece he would covet. Though the do-everything defensive back doesn't fit the traditional role of a lockdown corner on the outside, Green Bay would find plenty of ways to capitalize on his intelligence and closing speed.

ESPN’s Mike Clay has the Packers taking Fitzpatrick as well:

Next up is NFL Draftscout’s Dane Brugler who has done a full seven round mock draft. Yes, all seven rounds. Brulger sees the Packers going for pass rushing help in Harold Landry out of Boston College:

The Packers need to improve at every level of the defense, but it all starts up front and Landry is an immediate upgrade rushing off the edge.

Former NFL executive and current league analyst for The Ringer, Michael Lombardi has the Packers getting defensive back Derwin James out of Florida St:

If James is still on the board at this spot, the Packers would have a tough decision to make: Take the best player available, or pick for a position of greater need? They go with the former and add a dynamic playmaker to the middle of their defense. James is an enforcer against the run and shows instincts in coverage, and Green Bay defensive coordinator Mike Pettine would have plenty of options for big nickel packages playing James alongside Ha Ha Clinton-Dix and Josh Jones.

Over at Bleacher Report, Brent Sobleski also has the Packers snagging James:

Derwin James' availability is a godsend for the Green Bay Packers since the organization's primary offseason goal is to overhaul a porous secondary.

James tied for first among Power Five safeties with a 43.6 percent catch rate allowed in coverage, per Pro Football Focus.

Some of the pieces are already in place for Green Bay with Ha Ha Clinton-Dix, Quinten Rollins, Kevin King and Josh Jones. The 6'2", 215-pound James fills the gaps as a potential nickel corner, box defender, blitzer or pure safety. He shouldn't be viewed as a position-specific prospect since he contributes in so many areas.

The folks at Front Row Football have a very involved two round mock that also has the Packers landing James:

Morgan Burnett leaving via Free Agency is just another blow to a depleted Packers secondary. It hurts, but the Packers get a tremendous pick here to help slow the bleeding. Adding the hard-hitting, playmaking, Derwin James is exactly what the Packers D’ needs. James would instantly fill the hole left by Burnett, and would be an upgrade in the long-run. James had a bit of a down year in 2017 that may leave him outside the top-10, but he is surely a top-10 talent. If he is available for the Packers at #14, it would be hard for them to pass.

The Packers need to add some punch to their edge-rush group. Davenport has impressive raw tools.