Since a neck injury prematurely ended Jermichael Finley’s career in 2013, the Green Bay Packers have tried to rebuild their tight end position. 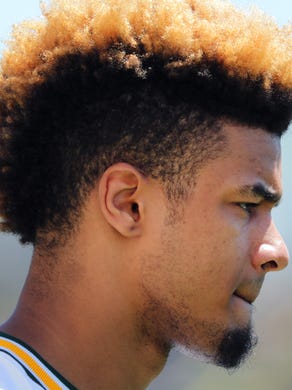 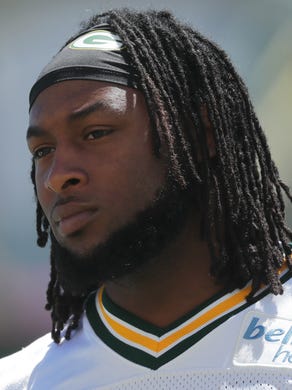 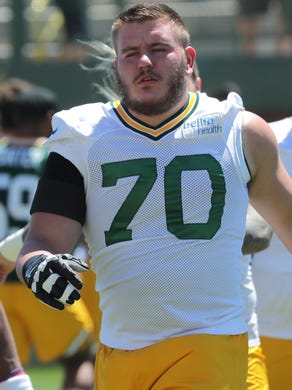 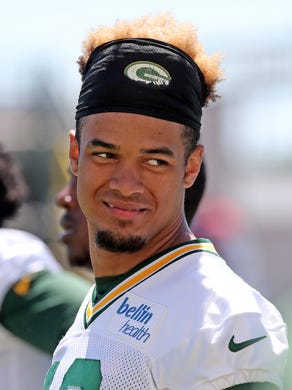 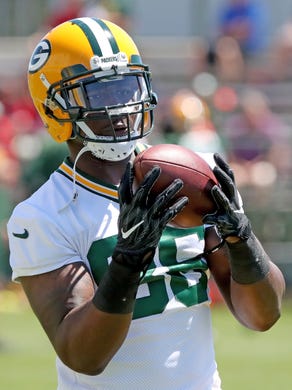 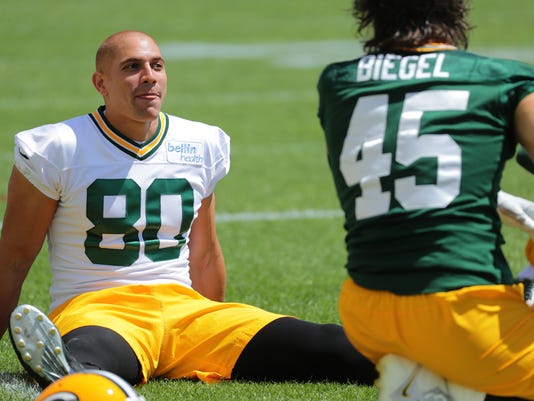 The Packers turned to free agency each of the past three seasons. In 2016, former general manager Ted Thompson took a low-risk gamble on Jared Cook, signing him to a one-year deal. After contract negotiations broke down the following offseason, the Packers doubled down at tight end with the additions of Martellus Bennett and Lance Kendricks.

“I look back over the years,” coach Mike McCarthy said, “and I don’t think we’ve had this much experience at the tight end position in my time here.”

So experienced are the Packers' top tight ends, none are here this week at mandatory minicamp. Graham, Kendricks and Lewis were among 16 veterans with at least six years of experience excused this week. Their absence allows a greater focus on developing younger tight ends on their roster, perhaps creating more depth.

Once the trio returns, the Packers' emphasis will be on acclimating the three veterans into their offense. They will have ample history to lean on, especially with what doesn’t work. In recent years, the Packers have not yet had a tight end experience a quick, smooth transition to their system.

Aaron Nagler speaks with Michael Cohen about the Packers rookie cornerbacks having to go up against Davante Adams in minicamp. Packers News

From the recent wave of free-agent signings, Cook had the most success with 48 catches for 606 yards and three touchdowns in 13 games (counting playoffs). His sideline, tip-toeing catch to help win a playoff game at Dallas was among the most memorable Packers plays of the past decade. But it wasn’t until late November in the 2016 season that Cook became a factor. He was almost invisible through the first three games, catching six passes for 53 yards before a foot injury cost him six weeks.

The Packers got nowhere near the production expected from Bennett last season. Only once did he reach 50 yards in a game, and in seven games before being released Bennett never caught a touchdown pass.

Though much of his season came with backup Brett Hundley, Kendricks also saw his production significantly decline. After catching 50 passes for 499 yards and a pair of touchdowns with the Los Angeles Rams in 2016, Kendricks caught just 18 passes for 203 yards and one touchdown last fall.

Which is why there’s no guarantee a deeper tight end roster will meet expectations this season.

“The tight end position in this offense is difficult,” McCarthy said. “I think that goes understated, frankly. The tight end position, outside of the quarterback and the center and guards, the volume of responsibility is significant. Obviously they have run-game responsibility. They’re multiple position players, so they have formation variation responsibility. So with that, they have characteristic traits being in the backfield, being out of the backfield, being extended as a receiver, and then obviously the pass game, route running and route-running principle responsibilities.

“It’s a very diverse job responsibility for those guys.”

RELATED:Packers bring an old friend back to personnel department

With how their roster is constructed, the Packers figure to rely heavily on their tight ends in the 2018 season. Though Davante Adams is a legitimate No. 1 receiving option, the Packers have less experience (and perhaps less talent) at receiver than in recent seasons after releasing Jordy Nelson this spring. Randall Cobb will be only 28 this season, but the lone 1,000-yard season in his career came in 2014.

Getting early production from their tight end group will be key. The Packers hope Graham, especially, can accelerate his learning curve. He has already drawn praise from McCarthy and his quarterback.

It is hard to make any sort of evaluations from practices without pads, except perhaps a player’s athleticism. In that regard, Graham was impressive in organized team activities. In one team drill, Graham got behind inside linebacker Jake Ryan, catching a deep pass from quarterback Aaron Rodgers. In another, he leaped over safety Jermaine Whitehead in the end zone, quickly spiking the football after landing.

That Graham has already built an on-field connection with Rodgers is a promising sign.

“The guy is pretty damn talented,” Rodgers said this spring. “He’s got some different elements we haven’t had around here in a while with his ability to read coverages very quickly. He catches everything with his hands. So we’re pretty excited about him.”

Still, the real indications won’t come until later. Once the pads are strapped on in training camp next month, coverage will tighten. There will be more physicality at the line of scrimmage, disrupting rhythm and timing entering a route.

Jim Hostler, who coordinates the Packers' pass game, said traffic in the middle of the field is an added element perimeter receivers don’t face. While the need to be in the correct spot at the precise time with proper spacing between other receivers is similar, interior receivers must also navigate through more defenders.

“Inside receivers have confliction in front of them,” Hostler said. “There’s always an underneath element that’s rerouting them, and an over-the-top element. Whereas outside receivers really have a corner to defeat most of the time.”

For Graham, adjusting to a new offense won’t be unfamiliar. He transitioned from the New Orleans Saints’ pass-happy offense to the Seattle Seahawks’ run-dominant system after being traded in 2015. Graham’s numbers dipped in his first season, but his production revived with Pro Bowl appearances each of the past two years.

Avoiding a lengthy transition will be key for a Packers offense relying on his production. So far, McCarthy said Graham’s early introduction has been promising.

“I think Jimmy’s done a great job coming in here and picking it up,” McCarthy said. “He’s been a great fit.”