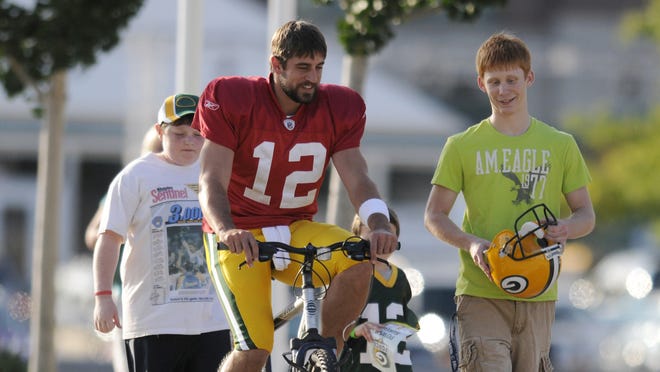 GREEN BAY – The Green Bay Packers will have fifteen public practices during training camp, including four before the Aug. 4 Family Night practice at Lambeau Field.

The team on Friday released its 73rd training camp schedule, which includes all public practices beginning at 11:15 a.m. or later.

The Packers' preseason begins on July 20 with a 1K Kids Run at Lambeau Field and picks up speed from there. An adult 5K run takes place the next day, as do the inductions of kicker Ryan Longwell and guard Mark Tauscher into the Green Bay Packers Hall of Fame.

The first preseason game is at 7 p.m. Aug. 9 when the Tennessee Titans visit Lambeau Field.

Normally, training camp will host 90,000 visitors from across the United States and nearly two dozen countries, according to a study commissioned by the Greater Green Bay Convention and Visitors Bureau. The month-long camp has an estimated total economic impact to Green Bay of $9 million.

With the Packers' 100-year celebration and the free four-day Packers Experience added to the mix, the number of visitors and their economic impact could be even greater.