Packers will get early look at Washington's revamped offense

Third in a 13-part series on the opponents the Green Bay Packers will face during the 2018 regular season.

Packers will get early look at Washington's revamped offense 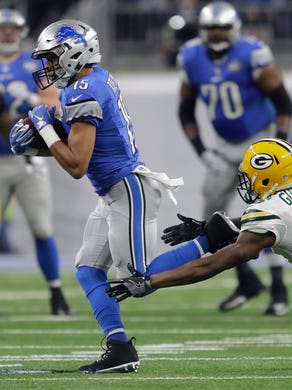 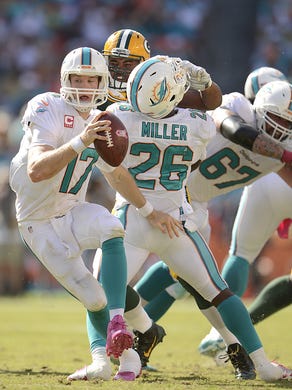 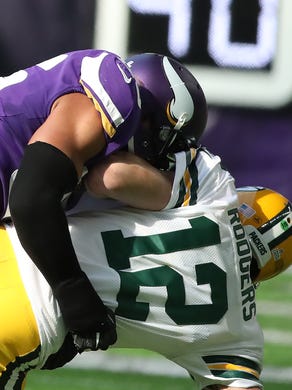 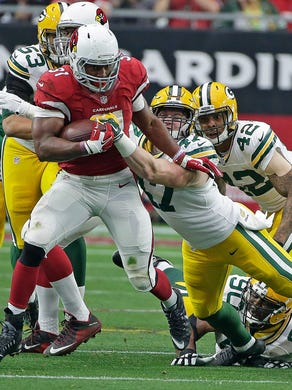 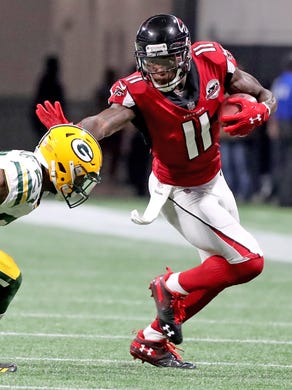 Third in a 13-part series on the opponents the Green Bay Packers will face during the 2018 regular season.

GREEN BAY - The notion that quarterbacks can play quality football well into their 30s — and perhaps beyond — was reinforced in January when Washington executed one of the most stunning trades of the offseason. Washington shipped cornerback Kendall Fuller and a third-round pick to the Kansas City Chiefs, and in return the Chiefs parted ways with starting quarterback Alex Smith, who turned 34 in May.

The move signaled not only a belief that Smith could still play at a high level, but it also informed the rest of the league that Kirk Cousins, who was Washington’s starter the last three years, would be hitting the open market as a free agent. Even though Cousins had thrown for 4,000 or more yards all three seasons — including 4,917 yards in 2016 — Washington decided to alter the course of its franchise by acquiring Smith, who is five years older than the man he will replace.

A brief look at the 2018 Washington team and some of the moves it made this past offseason. Packers News

It should be noted, however, that Smith had arguably the best season of his career in 2017. He threw for 4,042 yards to surpass his previous career high by more than 500 yards and put together a tremendous touchdown-to-interception ratio of 26:5 — his seventh consecutive season with single-digit interceptions. Smith guided the Chiefs to a 10-6 record in the regular season and a first-place finish in the AFC West. However, an embarrassing first-round loss to the Tennessee Titans did nothing to squash the notion that Smith is little more than a regular-season performer.

Now the former No. 1 overall pick will try to rewrite that portion of his biography in a division that houses the reigning Super Bowl champions.

Here are three things to know about Washington:

While Smith was in Kansas City, he grew accustomed to having his best weapons play positions other than just wide receiver. Travis Kelce, his preferred target, developed into one of the best tight ends in the league and recorded back-to-back 1,000-yard seasons in 2016-17. Tyreek Hill, the diminutive dynamo, lined up at both running back and receiver to challenge defenses from various angles. Like Kelce, he too topped 1,000 receiving yards last season. Washington is in a similar position with a production-poor receiving group and two excellent tight ends in Jordan Reed and Vernon Davis. The addition of veteran wide receiver Paul Richardson should help, especially since Richardson is coming off the best season of his career with the Seattle Seahawks (44 catches, 703 yards, 6 TDs), but Jamison Crowder remains the most established wideout of the bunch. Smith has plenty of work to do.

What Washington lacks at the receiver position is made up for with tremendous depth and variety at running back. Prior to breaking his leg in mid-November, scat back Chris Thompson had emerged as a dynamic weapon in the Darren Sproles mold. He had two games with 100 or more receiving yards and four games with 50 or more receiving yards. He had two rushing touchdowns and four receiving touchdowns. Thompson’s work was augmented by rookie Samaje Perine, who carried 175 times for 603 yards in total and served as the starter for the second half of the season. Washington added to that mix by selecting LSU tailback Derrius Guice in the second round of this year’s draft. Guice, 20, had back-to-back 1,000 yard seasons in college before entering the draft early. He was considered the second-best tailback in this year’s class behind Penn State’s Saquon Barkley, the No. 2 overall pick.

Washington held the No. 13 overall pick in this year’s draft, one spot before the Green Bay Packers, and had the chance to draft a pair of players who received almost universal praise during the predraft process: inside linebacker Tremaine Edmunds and safety Derwin James. While both players would have been welcome additions, James in particular could have been a huge boost for the defense, which lacked playmakers on the back end last season. Washington passed on both to select defensive tackle Daron Payne from Alabama, and the Packers followed suit by trading their pick to the New Orleans Saints. Three years from now, will both teams regret passing on James and Edmunds? We’ll have to wait and see.

Last meeting: The last non-exhibition game between these teams was played Nov. 21, 2016, at FedEx Field in Maryland. The evening was defined by fantastic quarterback play from both sides, with Aaron Rodgers throwing for 351 yards, three touchdowns and a passer rating of 115 and Kirk Cousins throwing for 375 yards, three touchdowns and a near-perfect passer rating of 145.8 — his highest mark of the season. It will also be remembered as the game in which cornerback Demetri Goodson suffered a heinous knee injury in which his leg bent the wrong way after colliding with another player on special teams. Goodson hasn’t played in a game since. Washington was dominant that night and blew away the Packers, 42-24.