First in a series of nine position previews leading up to the Green Bay Packers' 2018 training camp. 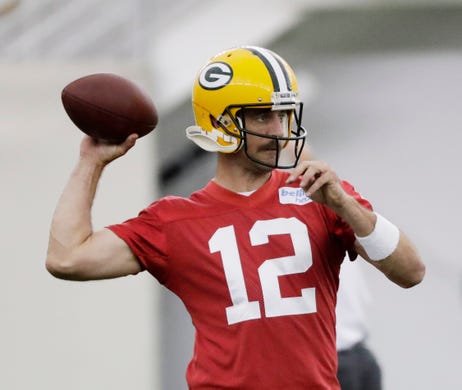 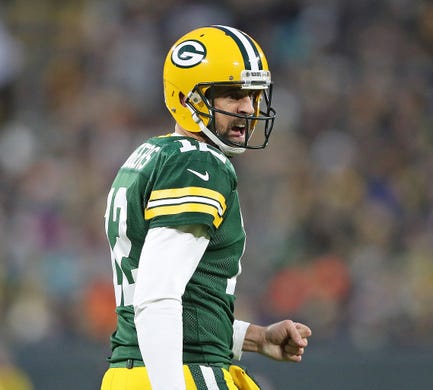 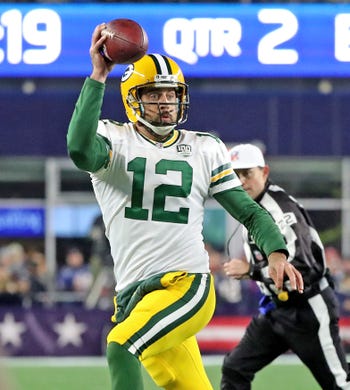 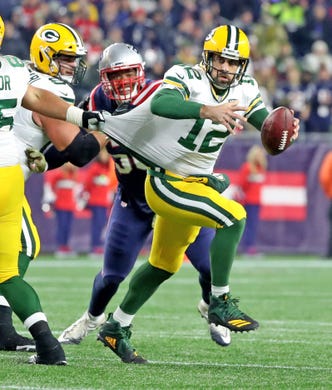 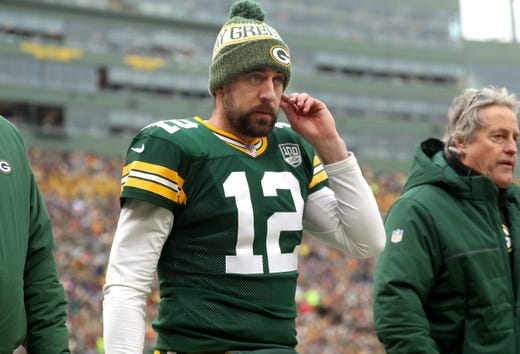 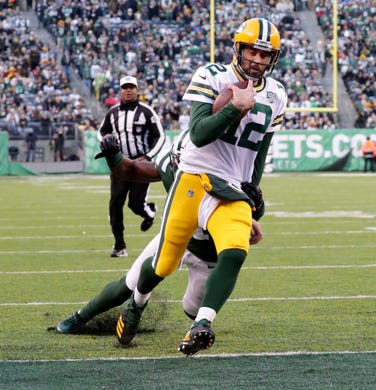 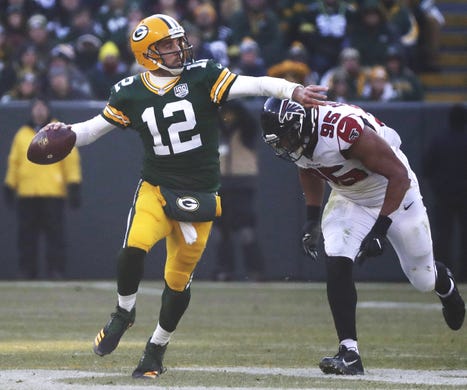 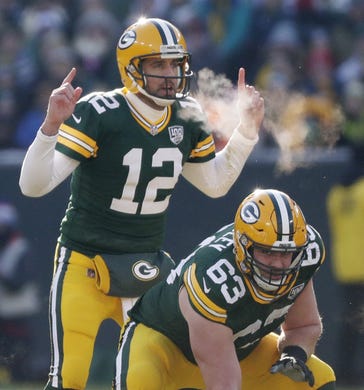 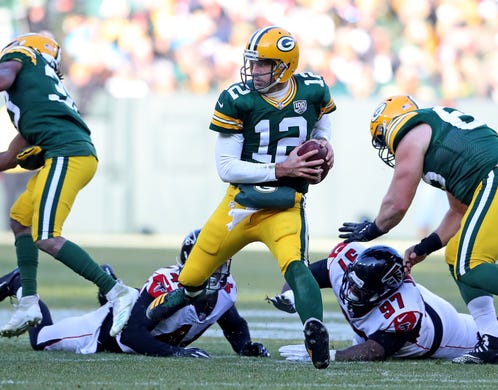 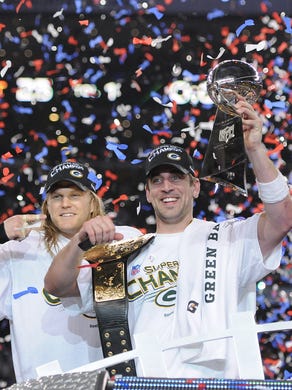 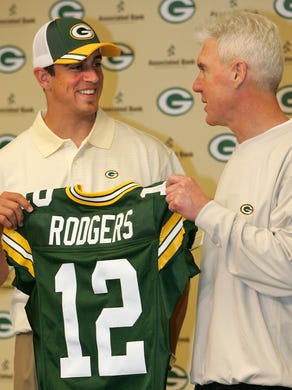 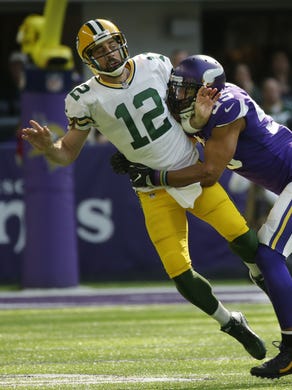 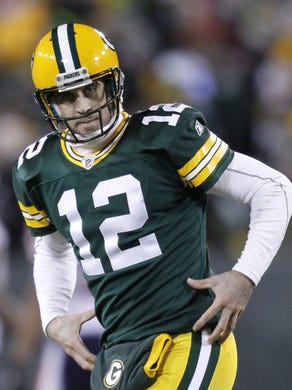 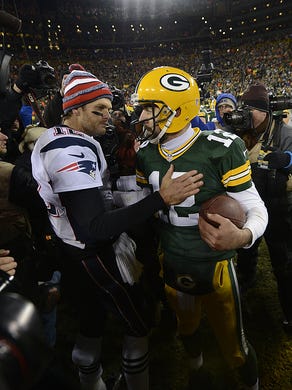 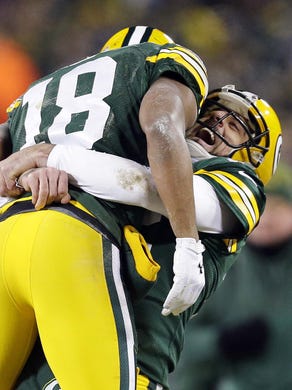 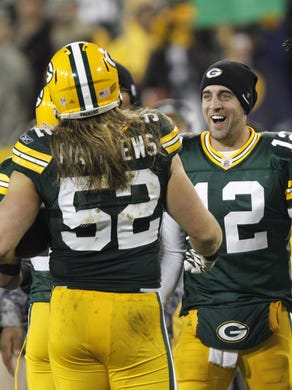 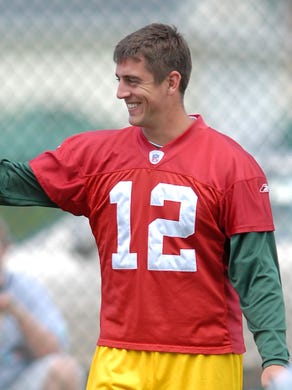 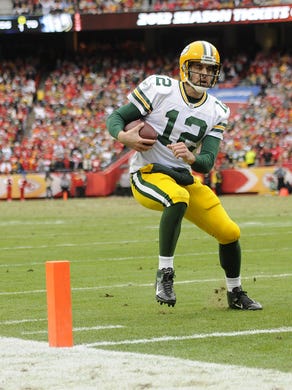 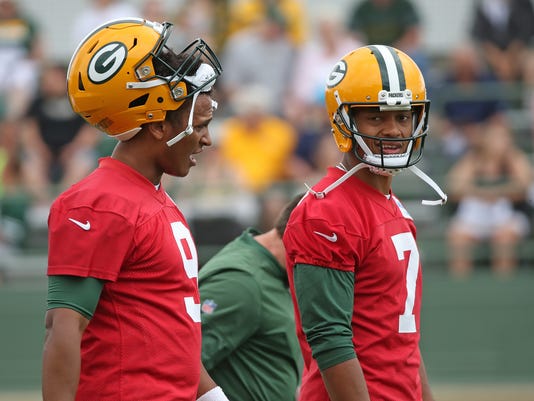 First in a series of nine position previews leading up to the Green Bay Packers' 2018 training camp.

GREEN BAY — Everyone in the NFL knows what the Green Bay Packers have atop their quarterback depth chart. The question that could impact their 2018 season: What do the Packers have behind Aaron Rodgers?

The Packers saw their franchise-best stretch of eight straight playoff appearances end last season mostly because they were not adequately prepared at backup quarterback. That was coach Mike McCarthy’s assessment, lamenting third-year quarterback Brett Hundley’s inability to take advantage of his opportunity after Rodgers broke the collarbone in his throwing shoulder.

So new general manager Brian Gutekunst got busy. He shipped cornerback Damarious Randall to Cleveland for Browns quarterback DeShone Kizer, trying to ensure there would be real competition for the No. 2 job.

RELATED:Aaron Rodgers wants to stay on the move until age 40

Will Gutekunst’s first major transaction as GM work? The Packers hope they never have to find out. So long as Rodgers is healthy, their quarterback production will be the envy of the rest of the league. But the Packers learned one thing last season: Nothing torpedoes a team like a backup quarterback who can’t compete.

In trading for Kizer, the Packers got a quarterback who was winless as a rookie starter last season with the hapless Browns, but one they believe has tremendous upside. The Packers were high on Kizer entering the 2017 draft, and last season's performance apparently did not lessen their confidence.

McCarthy described Kizer as a quarterback with very little experience but a lot of ability. “To me,” he said, “that’s an opportunity for a lot of growth.” Kizer will have to adjust to a new scheme with new techniques, a process that started in organized team activities. But there’s no question the Packers gave up a tangible asset in Randall to acquire Kizer. So expect the second-year quarterback to be granted every opportunity to reach his potential.

In Hundley and Kizer, the Packers are hoping they see improvement from two of the least-productive quarterbacks who saw prolonged stretches as starters in 2017. Hundley and Kizer shared company on some dubious lists last season. They were two of the four quarterbacks to toss more interceptions than touchdown passes while starting at least half their team’s games, joining Denver's Trevor Siemian and Tennessee’s Marcus Mariota. They ranked 30th (Hundley) and 32nd (Kizer) in passer rating, 23rd (Hundley) and 32nd (Kizer) in completion percentage, 29th (Kizer) and 31st (Hundley) in yards per attempt, and 28th (Kizer) and 32nd (Hundley) in yards per game. Both are young, and it’s too early to completely write them off, but neither showed many positives last season. Regardless, one of them will be Rodgers’ backup.

Keep an eye on

On a depth chart with three quarterbacks who have started games in the NFL, it’s easy to lose track of the fourth. Tim Boyle isn’t expected to make the Packers' 53-man roster, or even come close. But with a solid preseason, he could have some staying power as a practice-squad placeholder. His numbers won’t impress anybody. In three seasons at Connecticut and one at Eastern Kentucky, Boyle threw 14 touchdowns and 26 interceptions. Yet at 6-3½, 232 pounds with a 4.75 40-yard dash, Boyle is an athletic, big-armed prospect who will be worth watching as he develops in August.

Approaching his 35th birthday in December, Rodgers has reached the stage in his career where this will be the Packers' pressing question at quarterback until he retires: How much longer can the two-time MVP play at a high level? There is no reason to think Father Time will gain on Rodgers this season, even coming off last year’s broken collarbone. Given how the game is played today, and the longevity of his fellow elite quarterbacks, Rodgers figures to still be squarely in his prime. But the time will come when Rodgers loses a step, or perhaps a couple of mph on his fastball. Until that day comes, the key question will be, when?

In 2016, Rodgers led the NFL with 40 touchdown passes for the first time in his career. Through five games in 2017, he once again was leading the NFL with 13 touchdowns against only three interceptions. It was an MVP level Rodgers played at through last season’s opening month. Of course, he didn’t get a chance to extend his hot start past Minnesota, so there’s no telling how last season would have ended — for him and the team. But here’s a prediction for 2018: Rodgers will win his third career MVP.

Seem farfetched? Consider how Rodgers returned from his first broken collarbone in 2013. The next season, Rodgers played with near-impossible efficiency, throwing 38 touchdowns to only five interceptions with a 112.2 passer rating and earning MVP. Here’s guessing history will repeat itself.