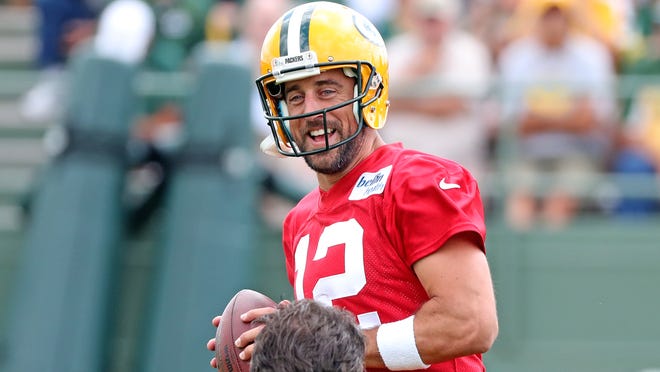 GREEN BAY – Nick Perry is confident he’ll be ready to play by the Green Bay Packers' opening game against the Chicago Bears, but he’d like to take some preseason snaps first.

The veteran outside linebacker was one of two players to start training camp on the physically unable to perform list, joining right tackle Bryan Bulaga. Perry, who had ankle surgery after last season, said he feels ready to practice now and is just waiting for doctors to clear him.

“They're putting a plan together to make sure that I will be ready for Game 1,” Perry said Friday.

Entering his seventh season, Perry is at a stage in his career where he wouldn’t need as much physical preparation to be ready for September. But with a new defensive coordinator, Perry has much more to learn than recent years.

“I think that’s important to get that down,” Perry said. “The main thing for me right now is just engulfing into the playbook and just making sure I understand the ins and outs from a classroom setting, and I’ll have my moments and my opportunities to translate that over onto the field. But at this point right now, I’m focusing on getting my body prepared mentally and into the classroom, just getting that all down before I take it to the field.”

Perry declined to give specifics about his injury, but he said his ankle bothered him last fall. In the first season of a five-year, $59 million deal, Perry missed four games because of an assortment of injuries, including the ankle. He finished with only seven sacks after having 11 in 2016, the only time in his career he’s reached double digits.

With a thin depth chart at outside linebacker, Perry’s availability will be critical this fall.

“Obviously, the way in which he’s played these past several years — especially when he’s healthy — he’s a premier player,” fellow outside linebacker Clay Matthews said. “So if we can get him back healthy in time for Week 1, it’d mean a great deal to have another pass rusher who can legitimately be a threat and get after the quarterback.”

Perry did not say who did his surgery, nor how soon after the season it occurred. He missed the Packers' entire offseason program, and it’s unclear when he’ll start practicing in camp.

But Perry hopes the surgery will help improve his production this fall.

“I think for the long haul,” Perry said, “it’s important that my body feels good. Just because you don’t know how things can happen throughout the season. It’s a long season. There’s a lot of load on us. Just want to be able to carry that load throughout this season.

“So the body is the most important thing. That’s what keeps us going. We just want to make sure we take care of any issues before we take the field.”