Reggie Gilbert has emerged atop the group of young outside linebacker vying to be the Packers' third edge rusher this fall. 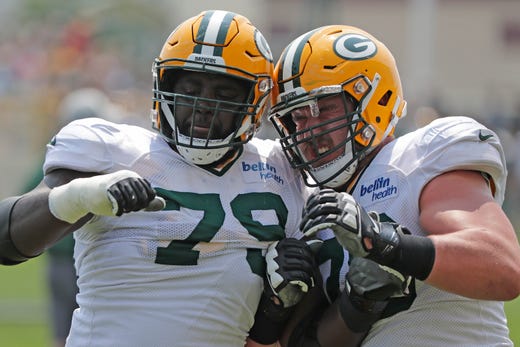 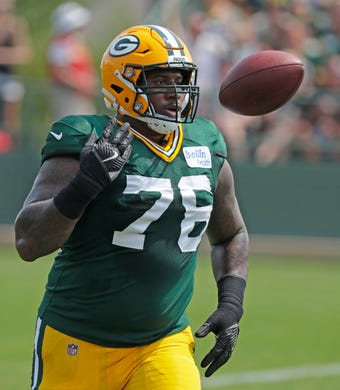 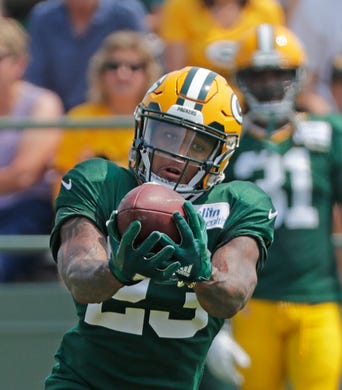 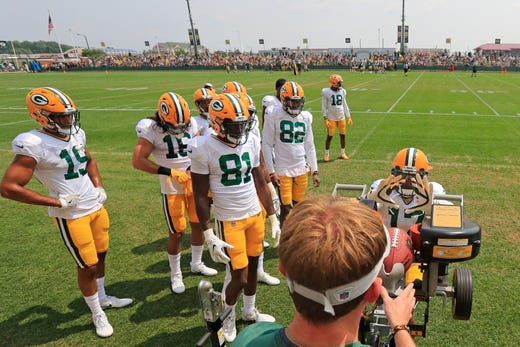 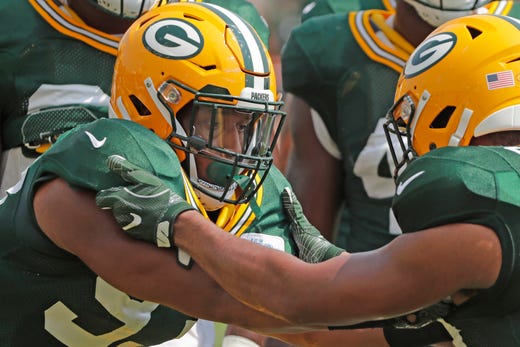 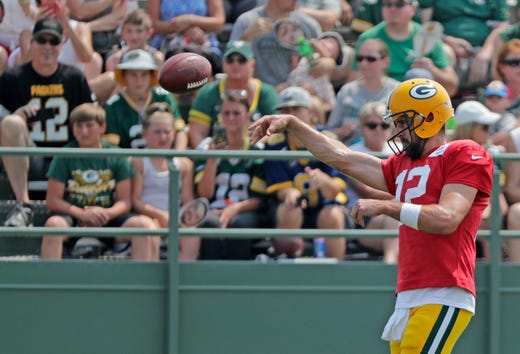 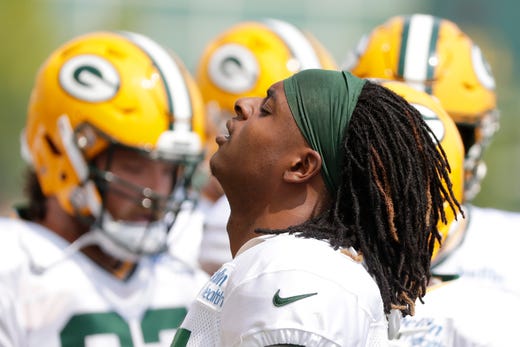 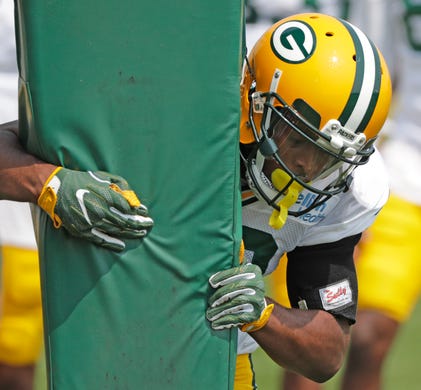 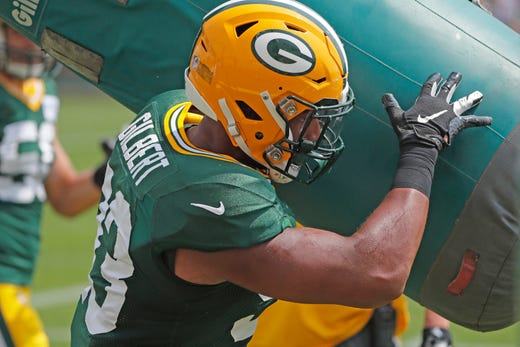 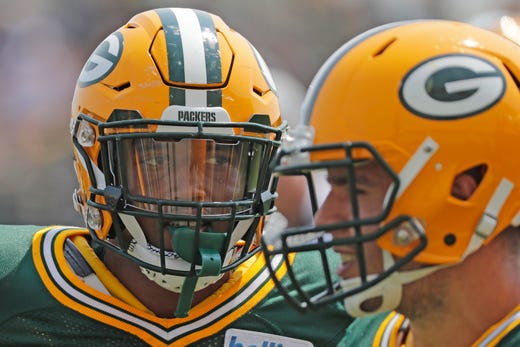 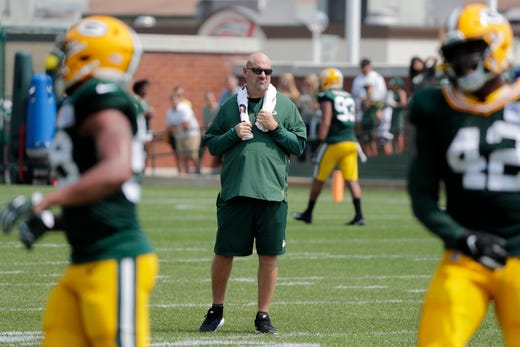 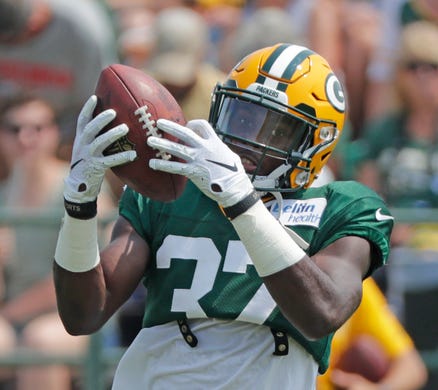 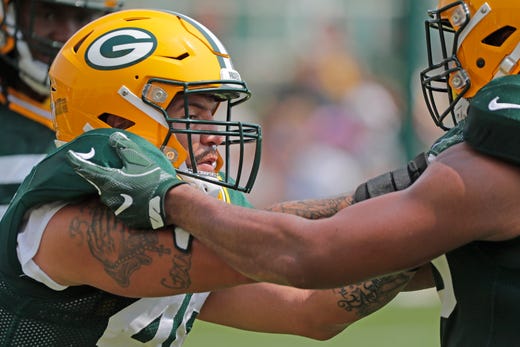 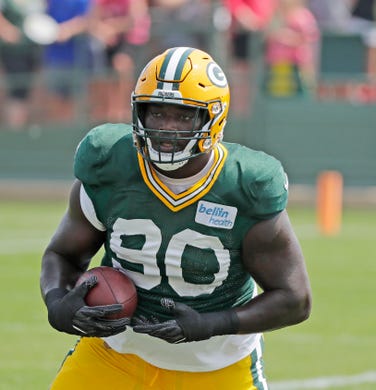 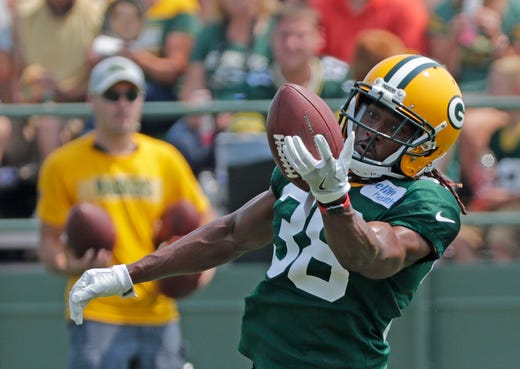 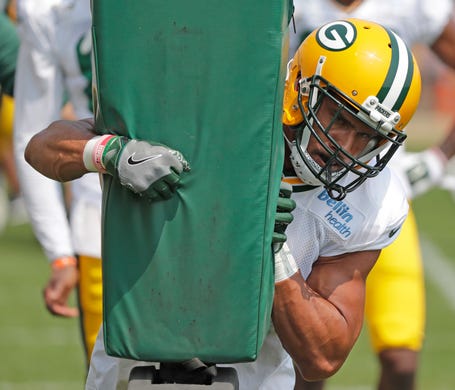 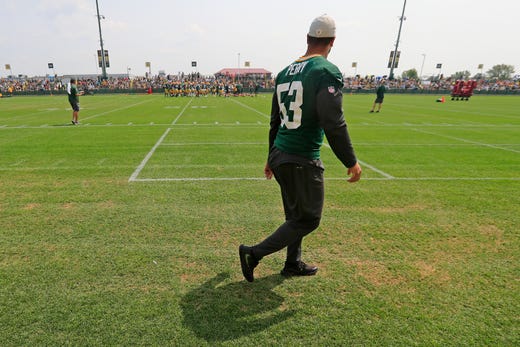 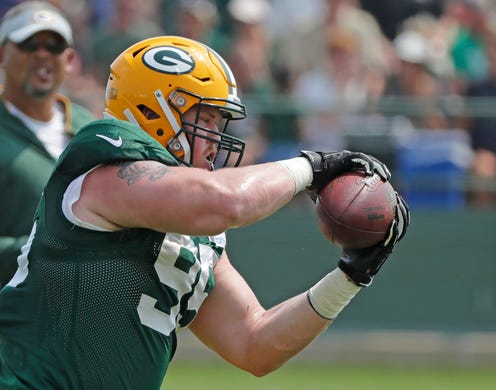 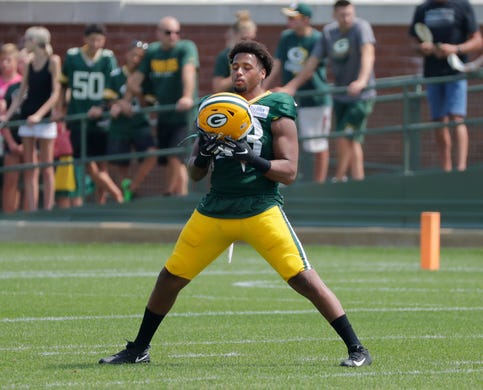 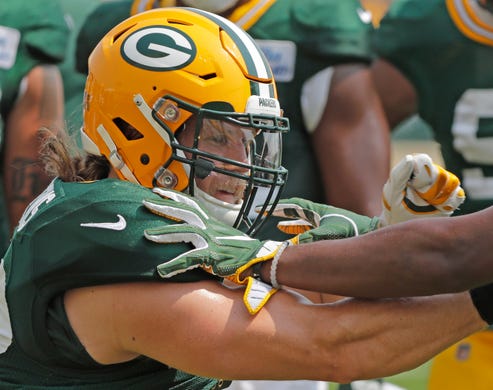 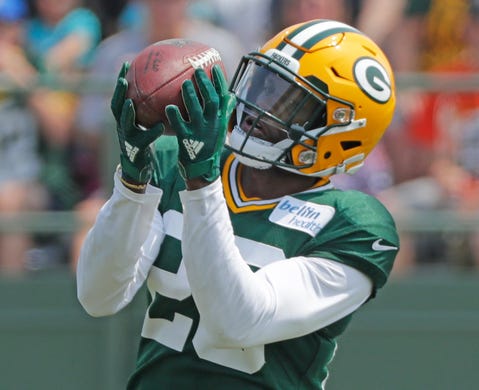 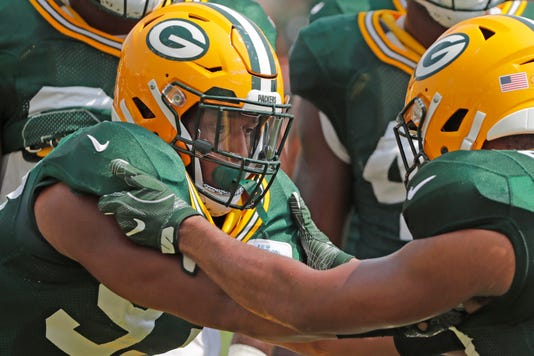 GREEN BAY – Reggie Gilbert doesn’t gloss over how he felt. One year ago, he said, was devastating. After a season on the Green Bay Packers' practice squad, Gilbert had a breakout camp last August. A spot on the 53-man roster, he believed, was a lock.

So when Gilbert’s phone rang on cutdown weekend, and he got the call every player on the fringe of an NFL roster dreads, it hit the outside linebacker harder than an unexpected crackback block. Gilbert said he was blindsided when the Packers stuck him on the practice squad a second year.

“I definitely didn’t expect to get the call,” he said. “It came as a surprise to me and my agents.”

The call shook him, Gilbert admits now. He considered taking his career someplace else. He had other opportunities around the league. After meeting with his agents, cooler heads prevailed.

Gilbert took his second season on the practice squad, then took his anger out each week on the field. He frequently showed coaches what they were missing, so much so Mike McCarthy said a big regret was not elevating Gilbert to the active roster sooner. “He was kicking ass in practice,” McCarthy said after the season.

Through one exhibition, Gilbert has emerged atop the group of young outside linebacker vying to be the Packers' third edge rusher this fall. On the same day McCarthy foreshadowed a shakeup on the depth chart following his team’s preseason opener against Tennessee, Gilbert got first-team reps ahead of Kyler Fackrell.

There’s a long way to go until the Packers host the Chicago Bears for their regular-season opener, but Gilbert can start thinking about more than just making the team. He’s in position to be a significant contributor this fall.

Just don’t tell him that.

“I thought I made the team last year,” Gilbert said, “and in prior years. You know what I mean? I try not to worry about what the final roster is going to be.”

Those worries aside, Gilbert showed Thursday night why he has earned a promotion. Early in the second quarter, he took over a defensive series. With the Titans inside the red zone, Gilbert had a pair of tackles. Then he forced a third-and-goal while pursuing Titans quarterback Blaine Gabbert outside the pocket.

His quarterback hit was one of four the Packers had all night.

“You definitely have to have a motor and play with a tough edge if you play in this defense,” Gilbert said. That’s just something we all pride ourselves in, pursuit of the ball.”

A converted defensive lineman, Gilbert has the versatility that could be a good fit in new defensive coordinator Mike Pettine’s flexible scheme. He spent the past two years learning how to play in a two-point stance, something he didn’t do in college at Arizona. Unlike Dom Capers’ system, an exclusive 3-4 base defense, there will be times Gilbert drops a hand in the ground with Pettine calling plays.

His second tackle Thursday night came from a three-point stance, with Gilbert lined up across the right tackle as a five-technique defensive end. One snap later, Gilbert reached Gabbert as an outside linebacker starting in a two-point stance. His ability to play both could help Gilbert adjust to schematic changes throughout the season.

“Reggie Gilbert’s a heck of a football player,” McCarthy said after Thursday’s exhibition. “Just so proud of him. When you watch a young man come off of the practice squad, change his body – just, he just does it right. He’s very disciplined, and obviously the statistics, I would think he had some really good numbers tonight.”

Gilbert’s pass rush will ultimately determine his role within the Packers' defense. Despite his disappointment last August, it appears Gilbert benefited from extra time on the practice squad. He’s stronger than ever, adding muscle without the attrition of a season wearing on him.

Left tackle David Bakhtiari, who has practiced against Gilbert the past three preseasons, said he has noticed a significant difference from a year ago. Bakhtiari has been especially impressed with how much quicker Gilbert processes the action during a play.

“He’s able to manipulate (blockers) better,” Bakhtiari said. “Kind of a lot more premediated things instead of just running out there and being athletic. Some guys rely on their athleticism. He’s setting up certain rushes, he’s becoming smarter, the game’s slowing down for him from what I can tell.

“I’ve seen him in the weight room pushing around more weight, and I think he looks more like a football player now.”

Then, Bakhtiari added: “Just a side thing, but I think he’s a great person, a great teammate. I think he’s someone you want to have in your locker room.”

Whether Bakhtiari noticed Gilbert’s frustration with being overlooked last season or not, he saw what came next. The motivation. The drive to prove he belonged. There have been plenty of practice-squad prospects who found themselves in a similar situation, getting that same, dreaded call, only to have their careers eventually fizzle.

It’s premature to know whether Gilbert will be different. At the very least, he’s finally getting his shot to show he belongs. One thing is clear: Gilbert is no longer thinking about last year’s devastation.

“It happened,” Gilbert said. “There’s nothing you can do about that. You just have to keep going back in the lab and keep getting better.”