One of the tougher decisions the Packers will have to make when trimming their roster to 53 will be whether to keep a street free-agent tight end. 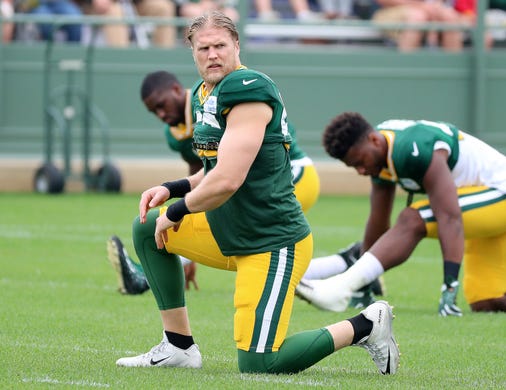 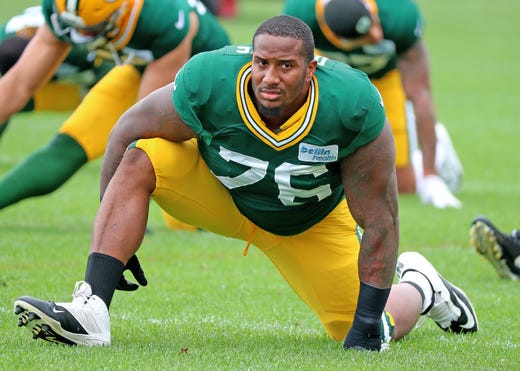 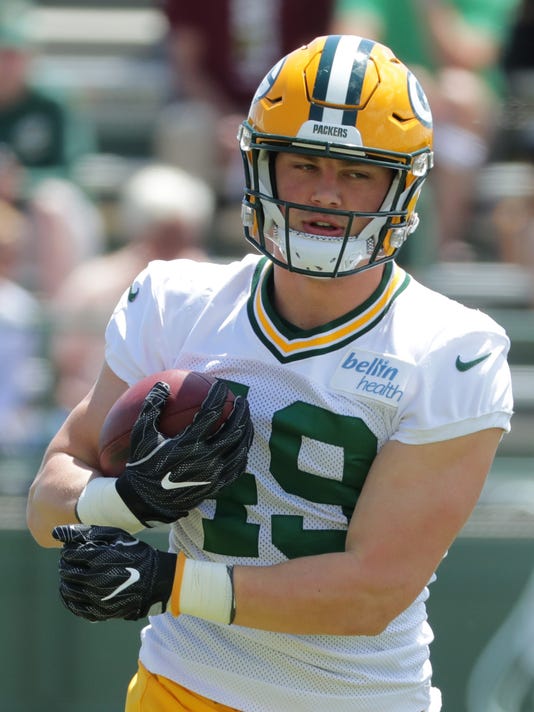 GREEN BAY – The money and effort the Green Bay Packers put in to upgrading their tight end position the past two seasons has been substantial, probably more than what they’ve committed to any other position except cornerback.

Yet one of the tougher decisions they’ll have to make when trimming their roster to 53 will be whether to keep a street free-agent tight end who has yet to earn a regular-season check.

As solid as the Packers are with Jimmy Graham, Marcedes Lewis and Lance Kendricks at the tight end position, they are intrigued by what 6-5, 250-pound Robert Tonyan can offer them in the future.

It has been obvious since the start of training camp that Tonyan is a former wide receiver because he has stretched the field and worked the back of the end zone repeatedly, becoming a favorite target of backup quarterback DeShone Kizer and occasional outlet for Aaron Rodgers.

“When you go to OTAs, (you see) this guy can really move and this guy has a nice frame and he has length and all those good attributes that we like to throw around,” offensive coordinator Joe Philbin said. “But he’s not backed down from the physical aspect of the game, and I think he’s made the most out of his opportunities.”

The chances of the Packers keeping a fourth tight end aren’t that great, especially with so many wide receivers competing for spots. But any scout who saw Tonyan leap up and snare Kizer’s fade into the corner of the end zone against Pittsburgh had to wonder whether he might be good enough to be his team’s third or fourth tight end.

Tonyan attended Indiana State as a quarterback prospect and completed 35 of 102 passes for 348 yards and three touchdowns as a redshirt freshman. He moved to receiver as a sophomore and finished his time there as the school’s leader in career touchdown receptions (20) and second-place finisher in yards (2,047).

He began the transition to tight end after his senior season and signed with Detroit as an undrafted free agent last year. He weighed 237 pounds in training camp with the Lions and just wasn’t strong enough to sustain blocks.

The Lions cut him after camp and the Packers called him with four weeks left in the season and added him to their practice squad.

“I’m just trying to put on good weight and stay as athletic and as fast as I can.”

Tonyan got a crash course in the offense from Kendricks at the end of last year and when Graham and Lewis were signed as free agents, he felt he had hit the jackpot. He has followed the three around like they’re big brothers, paying special attention to Lewis, who is one of the best blocking tight ends in the NFL.

Lewis is listed at 267 pounds and probably weighs closer to 275. When a defensive end lines up across from him, it’s often an even match-up.

Not so much for Tonyan.

“If you have all heart and all will, want-to, then it’s about being able to sustain,” Lewis said. “That’s normally the issue, is not being thrown off your block, not being tossed off the wayside by D-ends.

“He’s tough, he has the will to do it. He doesn’t get down on himself when he makes a mistake. If you don’t have a short-term memory, it will eat you up and spit you out.”

Last year’s acquisition of Martellus Bennett and Kendricks and this year’s signing of Graham and Lewis has shown the front office’s interest in giving coach Mike McCarthy quality tight ends. Even though Bennett fizzled out and didn’t last a season, new general manager Brian Gutekunst laid out $15.1 million in cash to Graham and Lewis for just this year.

Tonyan and Emanuel Byrd are the two tight ends competing for the No. 4 spot – if there is one – and both are trying to put out good tape for some team looking for a young tight end. Tonyan has four catches for 30 yards and a touchdown in two games and should receive a large amount of snaps at Oakland on Friday night and at Kansas City the following Thursday.

NOTE: The Packers have moved back the starting time for their final open practice of training camp Monday. Instead of the original 11:45 a.m. start time, the session will begin at 12:15 p.m.

How I became a Packers fan...

Throughout this 100th season of the franchise, we'll be collecting and telling these stories of Packer Nation. How did you become a Packers fan? Submit your story and read how others found fandom.
Submit your story
CONNECTTWEETLINKEDINCOMMENTEMAILMORE