Beat writers Jim Owczarski and Ryan Wood analyze the Packers' season opener against the Bears and provide their predictions on who wins. Packers News 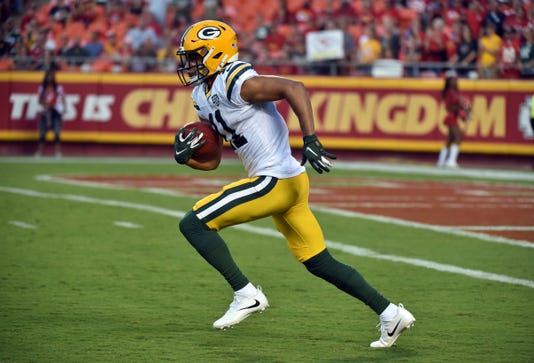 GREEN BAY – The Green Bay Packers emerged from training camp and the four preseason games relatively unscathed in terms of overall health, with rookie linebacker Oren Burks’ dislocated shoulder progressing better than anticipated and only safety Josh Jones ruled out of Sunday’s season opener against Chicago with an injured ankle.

As the practice week ended for Mike McCarthy’s team he was faced with a good problem – determining the bulk of his seven-man inactive list from largely healthy players.

But the fact that Burks dislocated his shoulder in pregame warmups in Oakland kept McCarthy from feeling comfortable about predicting his 46-man roster too early.

“You really don’t know your 46 until an hour-and-a-half before the game,” McCarthy said Friday. “I’ve had three different occasions in my time as a head coach where you turn the 46 in and someone’s sick or someone goes down or something happens in the pre-game. That’s why it’s important to take it all the way up to that time.

"That’s obviously the worst-case scenario, but you want to keep the competition going clearly through Thursday, Friday you have to pretty much settle in and you like to rep the players in their particular positions on Saturday. But once again, you always have to have the backup ready and that’s just all part of the training.”

McCarthy’s words rang true Sunday, as kick returner Trevor Davis was a sudden addition to the Packers’ injury report at about 5:20 p.m. He was listed as doubtful for the contest with a hamstring injury.