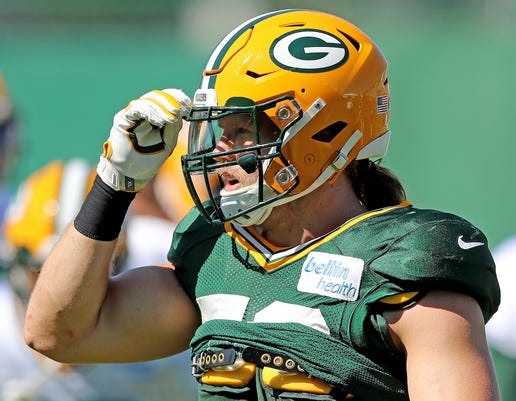 The Packers (1-0-1) got a surprise day off from practice Wednesday but will be back practicing Thursday for their game Sunday at Washington (1-1).

We'll start with Ryan Wood's look at all the conversation Wednesday regarding Clay Matthews' roughing the passer penalty, with teammates and opponents alike voicing support for the Packers' outside linebacker.

Around the league, coaches and players have come to Matthews’ defense. There’s a reason his hit resonated beyond Green Bay. Not only did it alter the outcome of a regular-season game, but it involved a 10-year veteran, a six-time Pro Bowler, one of the NFL’s most recognizable defenders.

Washington coach Jay Gruden was baffled over the Matthews penalty. He said Matthews did “everything right” on the play.

“These guys are big men,” Gruden said, “and they’re going at a high level of speed. To ask them to contort their bodies in the spur of the fraction of a second, sometimes it’s hard. You’re trying to wrap up mobile guys like Aaron Rodgers or big guys like Cam Newton or Carson Wentz, you’re putting these guys in a pickle.

“It’s just a tough deal but it’s something that we have to continue to monitor and coach and do the best we can.”

Packers' Clay Matthews hoping pass rushers can 'get back to playing ball' https://t.co/YdLA4ghl7s

Packers quarterback Aaron Rodgers argues that although the controversial NFL rule is supposed to be good for quarterbacks, it's bad for the game:

Jim Owczarski takes a deep dive into the run-pass option (RPO) that the Packers' defense will need to be ready to face against Washington and quarterback Alex Smith:

Rodgers is hoping his injured left knee gets better, but he knows it also could go the other way:

Packers RB Aaron Jones will have to work his way back into lineup. https://t.co/c9yVTnG1eQ

Mike McCarthy cited the unusually high temperatures during Sunday's overtime game in giving Packers players a day off from practice:

“We came off of a Sunday night game, played an overtime game in unusual heat for this part of the country." https://t.co/Fog6baiGAM

Packers fans could outnumber those cheering for the home team Sunday:

Sets of two tickets were available for as cheaply as $95 apiece, with many options south of $125 on SeatGeek and StubHub. https://t.co/mgefpGjK0U

The Power Sweep weighs in on how the Packers should use Aaron Jones:

Once he's back in the lineup, how will the #Packers use Aaron Jones? https://t.co/MFISu6Q1zk

Who has the NFL's top offensive line after two weeks?https://t.co/tJeZOkRPeL