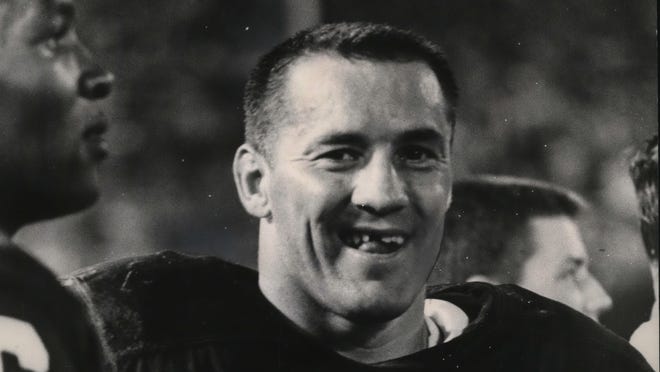 School: Louisiana State University, where he was an All-American in 1957. Taylor played two years of college football (1956 and ’57). He rushed for 762 yards and 12 touchdowns in 1957 and finished his career with 1,314 rushing yards and 20 rushing touchdowns. Taylor was drafted by the Packers with the 15th pick in the second round in 1958.

Post playing career: Taylor finished his career by playing one season with the New Orleans Saints in 1967. He rushed for 390 yards and scored two touchdowns. Taylor was known for staying in tremendous shape post-football. He ran marathons well into his 50s and competed in multiple editions of the Superstars competition that pitted some of the world’s best athletes against each other in various sporting events. Taylor also was president of the United States Rugby League, which announced plans for a 12-team league in 1968. He was diagnosed with Hepatitis C in 1989 but the condition eventually went dormant. Taylor resided in his hometown of Baton Rouge.