What you need to know about the Packers-49ers game Monday night at Lambeau Field. 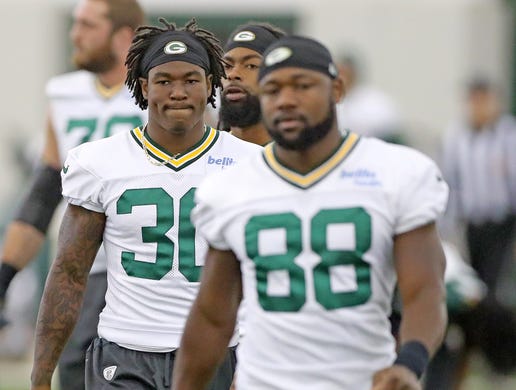 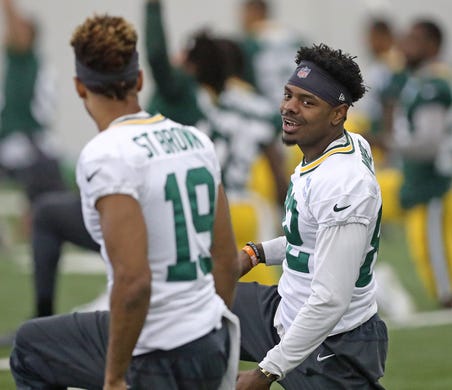 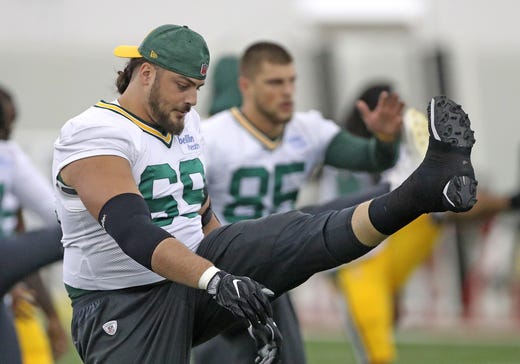 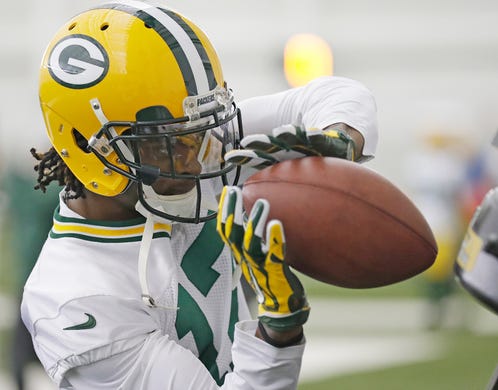 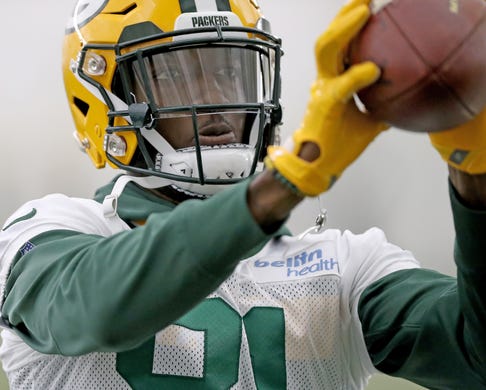 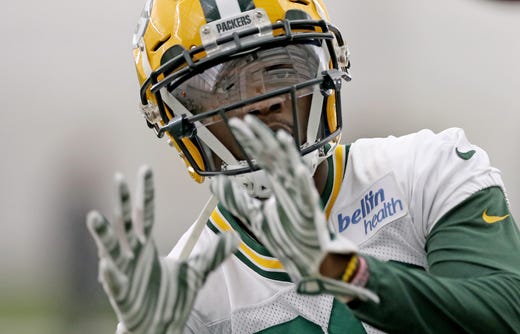 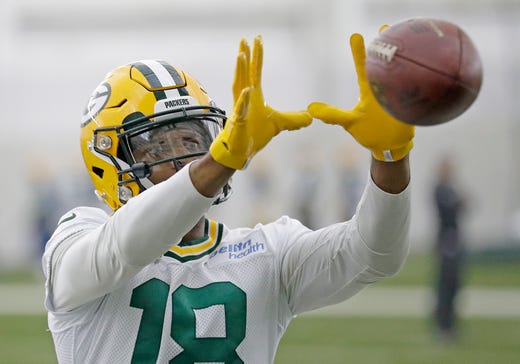 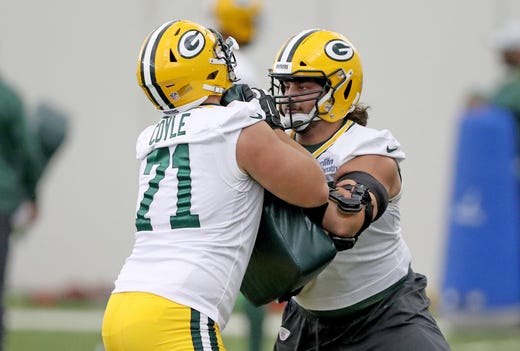 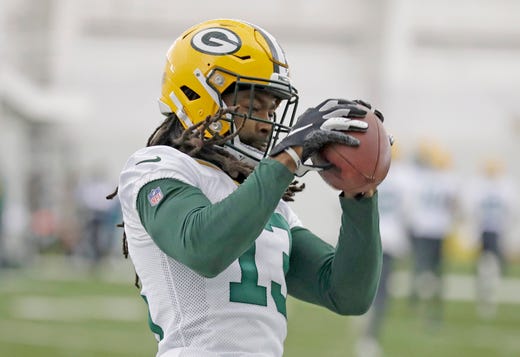 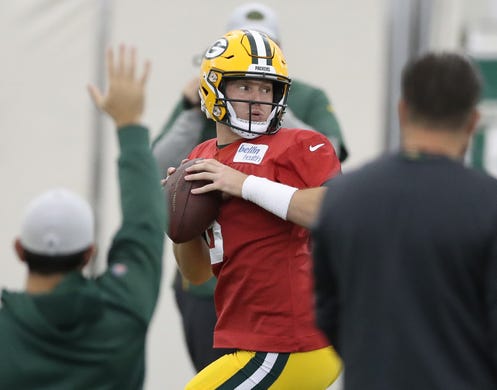 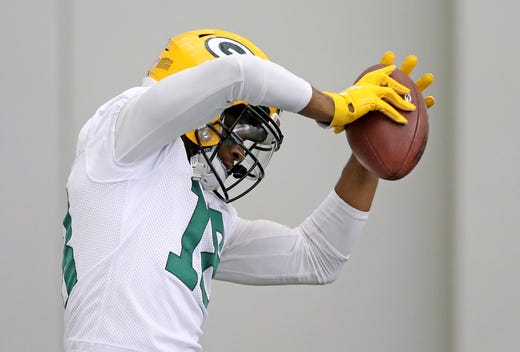 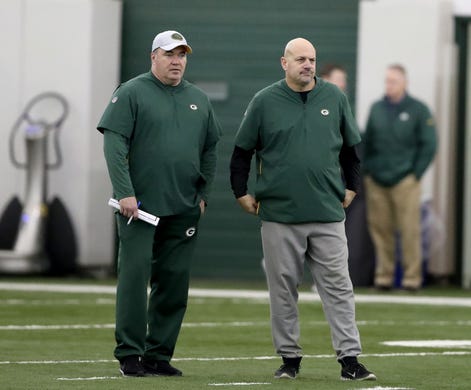 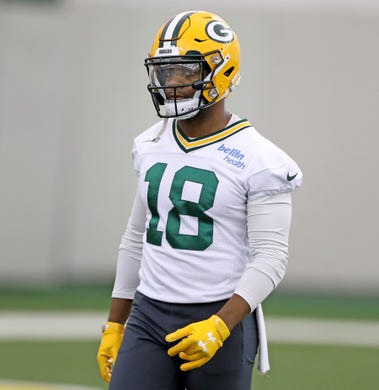 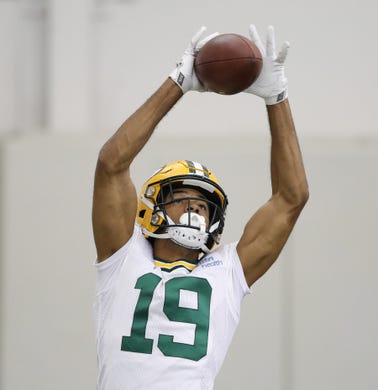 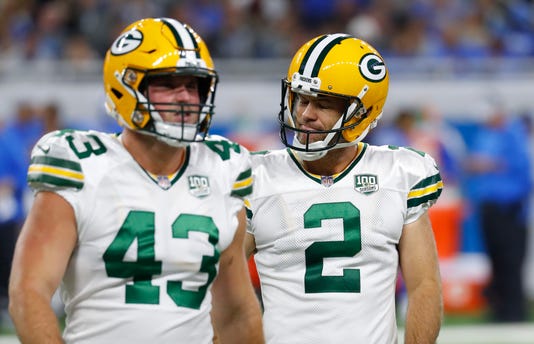 Green Bay Packers kicker Mason Crosby (2) walks off the field with teammate Hunter Bradley (43) after missing his third field goal of the day during the first half of an NFL football game against the Detroit Lions, Sunday, Oct. 7, 2018, in Detroit.(Photo: Paul Sancya, AP)

TAKE NOTHING AWAY: The 49ers rank last in the NFL in takeaways with three, and the Packers aren’t that much better with six. Both defenses rank high in fewest yards allowed (the Packers are fourth; the 49ers are 11th), but neither unit is helping its offense out much with game-changing turnovers. The 49ers have forced one turnover in their last three games and are minus-6 in turnover margin during that span. The Packers had a streak of four straight games with a takeaway broken last week in Detroit, but the only game in which they made them count was against Buffalo in Week 4.  “Takeaways come in bunches, they do,” 49ers defensive coordinator Robert Saleh said this week. “If I’m not mistaken, Arizona hadn’t really generated many takeaways and then all of a sudden, boom, they have five. Sometimes it’s just the way the ball bounces and the way it goes for you.”

NO. 3 MATTERS: Evident in the first five games this season are the opportunities the No. 3 receiver in the Packers’ offense has been given. Before he suffered a concussion against Buffalo, Geronimo Allison was having a terrific start with 19 catches for 289 yards (15.2 average) and two touchdowns. The attention being paid to top receiver Davante Adams and tight end Jimmy Graham is leaving lots of holes in the defense for the No. 3 to get open. Last week, with Allison (hamstring) and Randall Cobb (hamstring) out, rookie Marquez Valdes-Scantling moved into the No. 2 spot and rookie Equanimeous St. Brown moved into the three spot. St. Brown was targeted five times and caught three passes for 89 yards. His average of 29.7 yards per catch was the best by a Packers rookie (minimum three receptions) since James Jones posted a 35.7-yard average (three for 107) at Denver on Oct. 29, 2007. If Allison and Cobb are both out, St. Brown will be the No. 3 again. If one of the two plays, Valdes-Scantling will move into the No. 3 spot.

ZONE BUSTERS: The Packers rank tied for 20th in red-zone defense, allowing opponents to score 62.5 percent of the time they get inside the 20-yard line. Two of the 10 touchdowns came last week when offensive turnovers put the defense deep in its own territory, but defensive coordinator Mike Pettine still thought his unit could have done better. “We want to take the ball away but, at the very minimum, force a field-goal attempt,” he said. “When you’re not doing that, that’s going to get you beat real fast.” The secondary has looked confused with some of the defensive calls Pettine has made in the red zone, especially when it comes to cornerbacks and safeties combining on coverage. Pettine may have to make some adjustments in how the Packers play red-zone defense. “We’ve overemphasized it this week,” he said. “We went back and did a little bit more a self-scout and looked at it and cleaned some things up and added a few things. Hopefully, we’ll get the results on Monday night.”

OFF NIGHT: Drops, poor throws and penalties have been killers for the Packers and nowhere did it hurt the offense more than in Detroit. Offensive coordinator Joe Philbin tried to tell the offense at halftime it still had a chance to win despite being down, 24-0. The Packers scored on their first possession, but then couldn’t finish off enough drives with touchdowns to complete a comeback. “I don’t believe we punted, right?” Philbin said. “And we had an opportunity to score points every single time, so the biggest thing as we move forward is, A, let’s hold onto the football and maximize every possession, and B, let’s find a way to get the ball in the end zone and finish some of these drives. We were close.” The offense ranks tied for 19th in red-zone production, scoring touchdowns on 50 percent of its attempts.

JUDGMENT CALL: Though he said he backed kicker Mason Crosby completely, it will be worth watching to see if McCarthy takes no chances with the field-goal unit and either punts or goes for it when presented with a long field goal. It’s going to be in the 30s during game time and there could be a lot of wind. If you’re McCarthy and your kicker is coming off a game in which he missed four field goals and an extra point, human nature is going to dictate some hesitancy, especially with those conditions. Among qualifiers, Crosby is the only kicker to have missed five field goals this season. The next highest is three.

If ever the Packers needed a get-well game, it’s now. They need to steer the ship on course offensively and play their best game of the season defensively. The depleted 49ers will give them every opportunity to do that. They'd better take advantage of it. Packers 37, 49ers 17

Considering the Packers’ 2-2-1 record and tough upcoming schedule, this is pretty much a must-win game for them. They caught a big break when 49ers quarterback Jimmy Garoppolo’s season ended in Week 3, and it’s hard to see backup C.J. Beathard beating Aaron Rodgers under these circumstances. Packers 27, 49ers 17

This is a team the Packers should pulverize. Playing at home in prime time, that’s what a good team would do. With Jimmy Garoppolo, the 49ers had a chance to be a playoff contender. Without him, they have lost two straight games, dropping to 1-4 and last place in the NFC West. The question: Are the Packers a good team? They haven’t shown it so far. Monday night will be a good indicator of where they stand. Here’s guessing they win easily, though not in the blowout that it should be. Packers 27, 49ers 10

So much of this game reminds me of the run-up to Buffalo, and I think the result will be about the same. The Packers' offense will look a little better, and there will be some positive vibes going into the bye. Packers 28, 49ers 7

It would be embarrassing if the Packers can't beat a 49ers team missing starting quarterback Jimmy Garappolo and prized free-agent running back Jerick McKinnon (both out for the season with knee injuries). The Packers need to demonstrate on a national-TV stage that they are ready to start putting their act together. Packers 34, 49ers 20