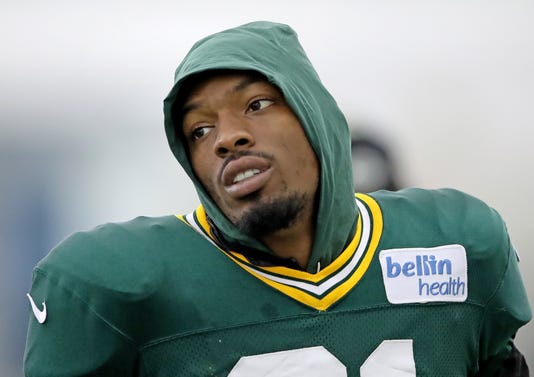 The Packers, who rallied Monday night to beat the San Francisco 49ers 33-30 on a last-second Mason Crosby field goal, have a bye week. Their next game is Oct. 28 at the Los Angeles Rams.

We start with Tom Silverstein's column explaining what safety Ha Ha Clinton-Dix must do if he wants a lucrative second contract from the Packers.

So why wouldn’t they invest in a former first-round pick with one Pro Bowl selection and 11 interceptions — a league-high among NFL safeties since 2016?

The truth is that Clinton-Dix had a lousy year in 2017. He missed too many tackles (around 10), was part of too many long completions (around 10) and finished the year on a particularly sour note when he appeared not to sell out on a pair of tackles in the season finale at Detroit.

In the NFL, what you put on film is what talent evaluators see and off what they base their financial assessment. They may cut you a break if you had four great years and one bad one, but smart teams read all the fine print before handing over big money.

The Packers decided not to invest in Clinton-Dix coming off last season’s performance. They could have gambled that he was the victim of an overall lousy defense or they could have used the tired and ridiculous excuse that he was played too deep in Dom Capers’ system to have an impact.

How do you tell a guy you don’t think he’s worth top dollar without telling him to his face?

You don’t say anything. https://t.co/M9ChiLJvVk

In our Packers analysis video, Tom joins Jim Owczarski and Olivia Reiner in discussing the team's priorities during the bye week:

Aaron Rodgers won't be hard to find on TV during the bye week:

Kurt Warner sizes up the state of the Packers' offense:

Do the @Packers have enough firepower to make the playoffs?🤔

This is certainly no surprise:

The top offensive tackles in the NFL through six weeks. pic.twitter.com/ghIKMRpeYM

But this would qualify as one:

No, it's not just your imagination: The Packers really are wasting timeouts more than almost any other team, according to Acme Packing Co.:

Our @BadgerNoonan finds that the Packers waste more timeouts than almost any other NFL team, and doing so can make (and already has made) a real impact on their final record https://t.co/tsFdJ8Tf9S

The Power Sweep looks at how Mike Pettine's defense compares to Dom Capers' through six games:

Just how has the Packers defense improved under Mike Pettine?

Aaron Rodgers checks in right in the middle of this list:

Anyone else got creative #Packers-themed halloween costumes? This one stood out to me on Monday night... 'The Pac-Couple'(?) pic.twitter.com/GVSOLQBP9z