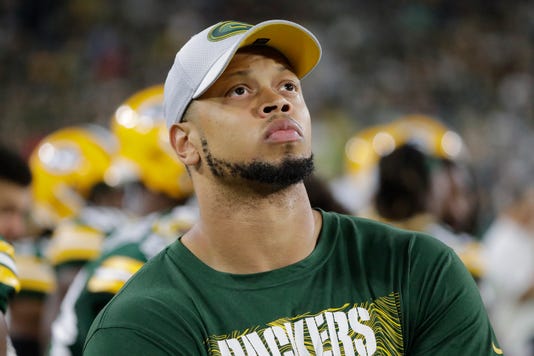 SEATTLE - The Green Bay Packers didn't travel a handful of players to Seattle on Tuesday in an effort to see if an extra day of rehab back home could get them ready for Thursday night's contest against the Seahawks, but Wednesday the club ruled wide receiver Randall Cobb (hamstring), cornerback Kevin King (hamstring), safety Kentrell Brice (ankle) and linebacker Nick Perry (knee) out.

All are starters for the Packers and they headline the team's seven official inactive players.

Cobb has now missed five games and King has missed four and parts of two others.

Backup offensive lineman Lucas Patrick was doubtful for the game with a concussion he suffered returning a kick against Miami. He was also declared inactive.

Kick returner Trevor Davis was activated off injured reserve earlier in the day Thursday, filling out the Packers' 53-man roster. He is active.

Also inactive for the Seahawks are: